‘Synthetic marijuana’ on the rise in La Paz County

The La Paz County Sheriff’s Office is issuing a warning to parents and potential users of ‘Spice’ or ‘K2’. Just because this substance is legal, it doesn’t mean that it is safe.

Spice or K2 is a synthetic alternative to marijuana that has become increasingly popular throughout the United States and is now in La Paz County.  This herbal blend, which contains a variety of unknown ingredients (herbs, spices, chemicals and flavoring), mimics the hallucinogenic effects of marijuana and is thought to be several times more potent and possibly more dangerous.  It is a green leafy type substance that is typically marked with the warning “not for human consumption”.

The Drug Enforcement Administration has been conducting research on some of the chemicals identified within this product and have found that the ingredients can severely affect the users’ cardiovascular and central nervous systems.  Other effects include panic attacks, severe agitation, tachycardia (in the range of 110 to 150 beats per minute), tremors and in some cases severe seizures that, unlike marijuana, may affect the user weeks or months after using (flashback effect).

Parents and teachers should take the time to educate themselves about the adverse effects associated with this substance and how to identify it by sight and/or smell.  The Drug Enforcement Administration’s “Diversion Program” believes that it is only a matter of time before this is considered a controlled substance.  The only reason that it is not illegal is due to the fact that it is so new to the American marketplace.

If you have any further questions please feel free to contact the La Paz County Sheriff’s Office at (928) 669-6141. 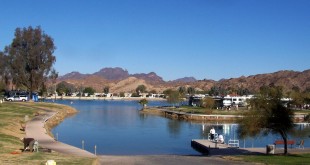