We owe $13 million to a man who’s out of patience.
We have no extra money.
How can we fix it? 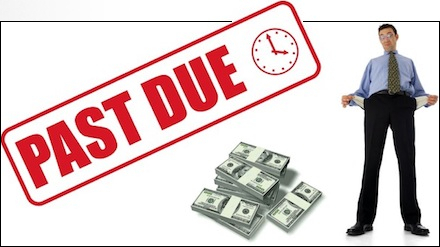 As La Paz County re-enters talks with Yakima Company after an attention-grabbing payroll crisis two weeks ago, speculation centers on what form those talks may take. Several ways to settle the County’s $13 million debt to Jim Willett have been proposed, some by Willett himself, others by various interested parties. Recently, many of this site’s visitors have left comments speculating on possible solutions to the problem.

As County Administrator Dan Field said in his ‘Current Events’ update on the issue, there may be no easy answers. The County’s assets are in most cases needed for necessary services or legally tied to their original purposes. Nevertheless, the County was reported to be “close” to an agreement in late 2009, giving some hope that a settlement can be found. These are some of the various solutions that have been proposed.

One of the earliest proposals was that Yakima would buy some surplus County properties at their appraised value, including Ted’s Truck Stop. This would have involved setting up in business, the profits of which would go to Willett.

Reportedly, the closest the parties came to an agreement – so close that an agreement was drafted and sent for signature – involved restarting the original sludge facility at the center of the original lawsuit. Willett does not appear to want to run the facility himself, but some local businesspeople have submitted their willingness to run the project. At least one California municipality pledged a contract worth millions of dollars at the time, though the question of whether they would still be interested remains. The money needed to start the project would also be an issue. Another potential problem is that Willett may not be willing to wait until the project is profitable, which could be around 18 months from its development.

3) Conveyance of the Landfill to Willett

In a Settlement White Paper in July last year, Yakima proposed re-deeding the County Landfill to Willett (the Parker Live headline, “Give me your landfill” was widely read). UPDATE: Read the White Paper here. Although there have been questions as to the legality of conveying the Landfill, the White Paper is written by a former head of BLM, Arizona, now in private practice, attesting to the legality of the action. The upside of this solution is that it is comparatively painless as a solution. Yakima says it would honor the contracts already established with the waste collection companies. A concern of the County is that, because the County is obligated by state statute to provide Landfill services to its residents in perpetuity, any default on the contract by Yakima – even after many years – would leave the County in the position of having to develop a costly new landfill. (Counties generally own their landfills for this reason.)

4) Privatize the golf course or portions of the County Park

Turning the golf course or other County amenities over to Willett may not be feasible for reasons owing to restrictions on who may own these parcels of land, or by statute. (Field cites “federal and state obligations”, saying these options “would [not] be available legally”.) But some see these as fair options to explore further, or at least some kind of funneling of profits. However, typically facilities such as the golf course, although owned by the County, tend to run as self-contained businesses without showing profit.

Furloughs and pay cuts are generally seen as the least desirable forms of collecting money for paying Willett. The County is one of the largest employers in the area, leading some to fear that any cuts or other actions affecting employees would have a domino effect on the local economy and on the extent to which people can afford to live in La Paz County. Even if one of the more desirable solutions are implemented, however, some fear that employees may be affected during the development phase of one of the projects.

The old adage about the inevitability of death and taxes may spring to mind if this option is chosen as one way out of the Yakima problem. Some feel this option fairest of all, the general feeling about property taxes notwithstanding.

Ultimately, a problem like this comes down to numbers. The numbers in this case can be overwhelming. The latest figure cited by Jim Willett is $13.8 million including fees. The monthly amount to Yakima at 3 percent over 30 years would be over $55,000 per month (if Willett were to hold a contract for that period of time on the full Judgment). One of the above methods of being able to pay that figure every month may be necessary.

All parties except Yakima have mentioned the possibility of Chapter 9 Bankruptcy. This is generally not seen as an end solution but rather a means to protect the County’s assets while solutions are being sought.

What other means of paying the huge bill to Yakima may be available to the County? Might one of these methods, or a combination, be the way forward? Should citizens be more involved in the process, perhaps using a model like Open Space Technology, which claims many resolutions to such complex problems? Which of the above solutions might be the most feasible, or perhaps the least disruptive to County life?

Let’s find out what the community feels about the solutions to this community problem.