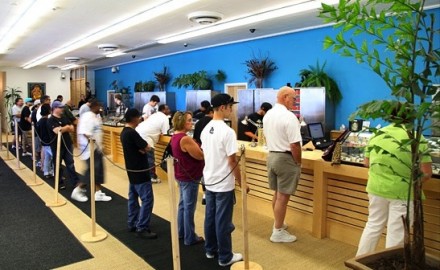 State law now requires that counties in Arizona set aside a range of properties zoned for medical marijuana dispensaries. Community Development Director Scott Bernhart addressed the Board of Supervisors yesterday at a work session on the subject, suggesting over a dozen properties which could be zoned in this way. A main concern of the Board, he said, should be to avoid legal trouble due to failing to nominate enough zoned land to make the dispensaries viable.

It was stated that the State would be issuing 124 dispensary permits statewide, each County guaranteed one. La Paz County would probably receive two at the most, befitting its population size. The dispensaries would most likely be situated in Parker and Quartzsite. 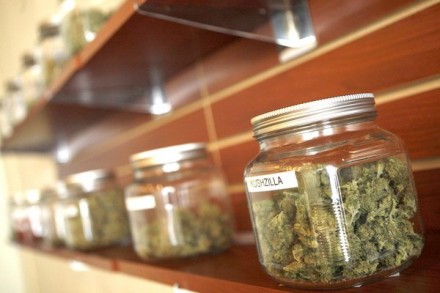 Supervisor John Drum expressed a concern that they follow the new law strictly.

Sheriff’s Lieutenant Alan Nelson asked whether the County might anticipate problems due to devalued property adjacent to grow operations. Deputy County Attorney Glenn Buckelew replied that there is ordinarily no legal recourse in these statute-approved cases.

Nelson also asked whether the grow operations of dispensaries can be located in areas remote to the dispensary. He asked whether it may thus be possible that La Paz County’s rural areas could be used to grow marijuana that will be used by dispensaries in Maricopa County.

Health Dept Marion Shontz said, “It would be very easy for La Paz County to become the supply area for the metropolitan areas.” Supervisor Drum remarked, “I would like to see a limit on that.” The new law does not appear to limit the distance of the grow operation from the dispensary, specifying only that it must register one separate physical address for cultivation. The agricultural valley is CRIT reservation, so it is governed by federal law and may not be valid cultivation land until federal law changes.

Drum asked, “Who’s going to be monitoring the doctors writing these scripts?” 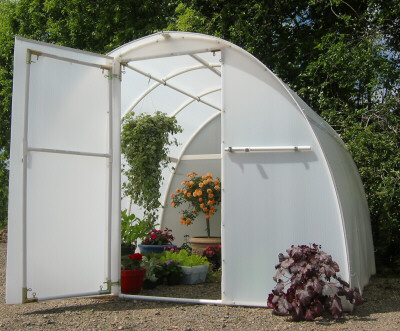 “Who’s going to be monitoring the people over 25 miles from a dispensary who can grow their own? Who is going to go out and check how many plants they have? … A lot of people are going to have some huge responsibilities to this County.”

Other sentiments included a desire to tax it: “I’m in favor of taxing it right away,” said Drum. Buckelew replied that the best approach would be to find out what was happening in the rest of the state.

Shontz remarked that a few farmers had contacted her about growing medical marijuana. A dispensary would need to contract a farmer to cultivate for them, though it is unclear yet whether enough demand would exist in La Paz County for a crop of any substantial size.

A police officer had a prepared statement “as a resident” to express strong opinions against the bill and appealed that the Board refuse the new State law and abide by the prohibition in Federal law instead. He cited the lack of support for the measure in La Paz County specifically.

The people of the state of Arizona as a whole voted to approve the measure in last year’s Proposition 203.