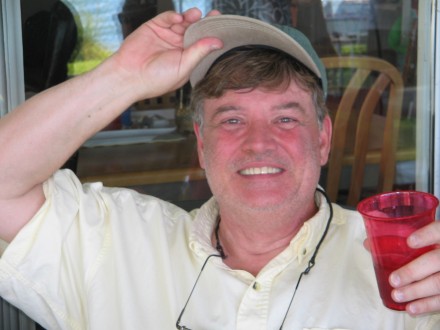 With sadness, I inform you that Tommy Bonapache passed away yesterday after a long illness. He died in peace with his family at his side. He was 63 years old.
For those that did not know; Tommy was the previous Director of Tourism for the Parker Area. He helped make the Gong Show fundraiser for the Chamber of Commerce a real “production” and helped with many pageants for the County. Tommy produced several shows called the “Rainbow Review”, one of which was held at the BlueWater Resort & Casino, the Theatre Club and Lazy Daze Steak House. He helped the BPOE Does with many production fundraisers as well.
Tommy left the area in January 2008, retiring to the Palm Springs area where he continued to produce a scaled-down version of his “Rainbow Review” drag show.
Rest in Peace,  Tommy. “Love ya; Mean it. TTFN”
Share