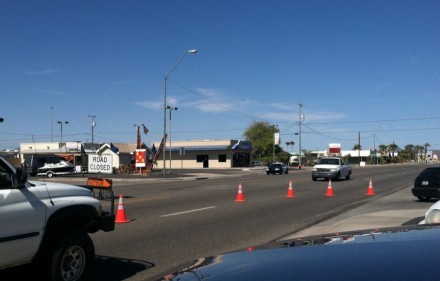 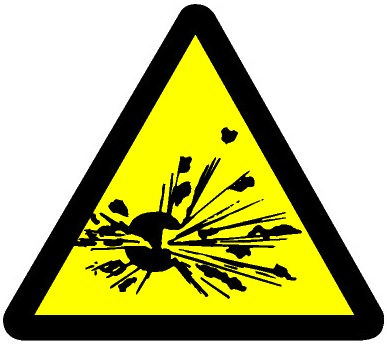 3:00pm– Parker Police Department has confirmed that several streets around the Desert/Eagle/Fiesta Avenues area of Parker are being evacuated as a precautionary measure at this hour after some “hazardous materials” were discovered at an old closed furniture store on that portion of Riverside Drive. One report says the discovery included dynamite which requires the attention of a Lake Havasu City bomb squad. Traffic detours will likely be in place on the main thoroughfare in Parker until the area is made safe.

3:15pm– From Nixle: “Hazardous conditions on 9th St and Desert. Entire block evacuated. No through traffic on Riverside at this time.”

3:21pm– Parker Police Department confirms 26 sticks of dynamite and blasting caps were found while cleaning out the old ‘Alewine’ furniture store property. Traffic is being rerouted through Geronimo. The police department estimates that the detour will persist until around 6pm this evening.

3:37– According to the online encyclopedia, “Over time, dynamite will ‘weep’ or ‘sweat’ its nitroglycerin, which can then pool in the bottom of the box or storage area. (For that reason, explosive manuals recommend turning boxes of dynamite in storage.) Crystals will form on the outside of the sticks. This creates a very dangerous situation. While the actual possibility of explosion without a blasting cap is minimal, old dynamite is still dangerous.”

3:43– From Zuky Hernandez outside AWC. 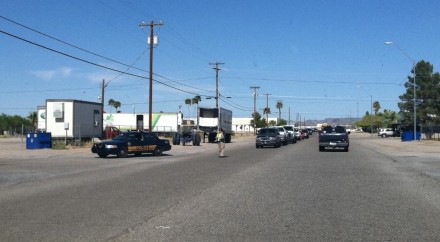 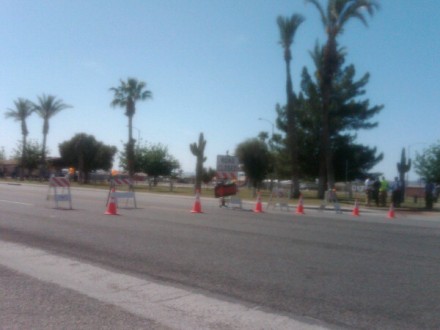 4:25– Parker Police Chief Rod Mendoza called KLPZ’s live afternoon show with this update (press the small play button at the bottom to stay on this page).

5:03pm– One stick of dynamite produces around 2.1 megajoules of energy, meaning the potential explosive power in the box discovered today is equal to around 54.6 megajoules.

6:27pm– Reports that the bomb squad has decided to destroy the dynamite on site.

6:31pm– Police officers confirm that the building will be incinerated within the next few minutes. Traffic detour is still in effect. Fire units are standing by as well as curious onlookers and some evacuated residents.

8:06pm– “Only in Parker are we camped out waiting for the building to blow up.” – Miss La Paz County Felicia McGee.

8:29– The building was lit around 20 minutes ago and appears to be burning well in a controlled manner. Police are at every intersection within blocks.

8:30– Fire hoses are soaking the fire to control the burning. 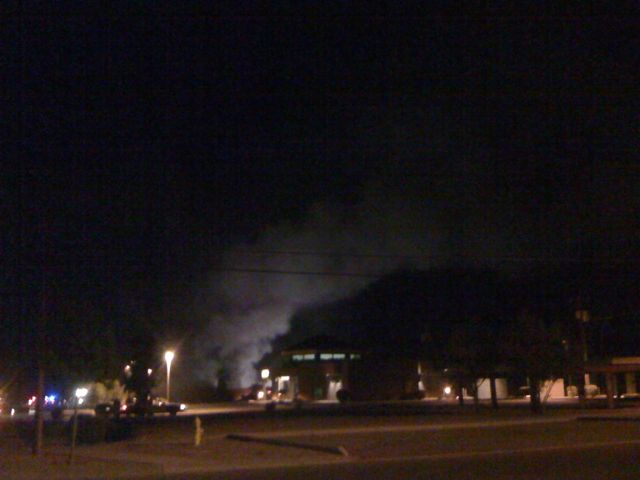