Pima County to secede from Arizona? 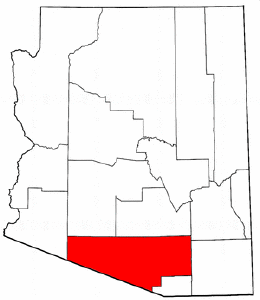 Despite the extreme difficulty of doing so, a group of lawyers and activists in Pima County hope to create America’s 51st state, called ‘Baja Arizona’.

If the long and punishing road ahead yields the result the group wants, the new state would be bigger than Rhode Island, Delaware, Connecticut and New Jersey by land-mass, and larger than Alaska, Montana, Wyoming or the Dakotas by population. The Tuscon area is a Democrat stronghold in a largely Republican-voting state.

Backers have until July 5th next year to collect the 48,000 signatures required to qualify for a spot on the ballot. Then begins what Reuters is describing as a “long, circuitous process” that even supporters acknowledge is unlikely to succeed.