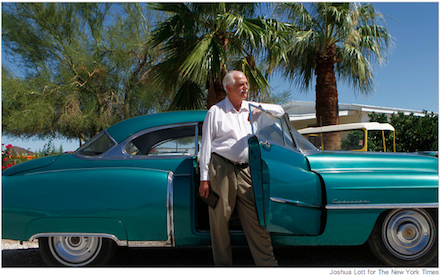 Two Arizona state legislators are among those set to attend a demonstration march and rally organized for this Saturday, August 27th in Quartzsite. The ‘Quartzsite Liberty Fest’ is being arranged by organizations sympathetic to the cause of the town’s mayor, embattled police officers who have been suspended or fired recently, and local activists including Jennifer Jones.

The Oath Keepers website says in a press release:

They will be there to honor the “Quartzsite Ten” police officers when the march stops at the Quartzsite Town Hall, and both of these fine legislators will be the keynote speakers at the Liberty Festival after the march, which starts at 1pm. Representatives Seel and Burges are attending to show their support for brave and principled peace officers who are willing to risk their careers to honor the rights of the citizens of Arizona, and in support of citizens who desire open and transparent government.

Police Chief Jeff Gilbert, strongly reviled in thousands of comments from around the country sent to Quartzsite Town Hall which prompted a ‘state of emergency’ to be declared by the town’s council, has extended an olive branch to those planning to attend the rally, saying:

[The] actions of Mayor Ed Foster and his group, is what I referred to as “domestic terrorism” in a recent Coffee with Cops gathering, and I stand by that statement. However, I did not call the Oath Keepers, the Tea Party, the Sons of Liberty Riders or other groups “terrorist”. I am sure that most of the followers of these groups are civil law abiding citizens who would not participate in this type of activity or condone it. I am certain that the “Quartzsite Liberty Festival” planned for August 27th and 28th will be a peaceful event and we welcome any visitors that are planning on attending.

No word on whether Chief Gilbert will be in Quartzsite himself on Saturday.

Among the groups planning to attend the rally are the Greater Phoenix Tea Party Patriots, the Campaign for Liberty, Sons of Liberty Riders, RidersUSA and Freedom’s Phoenix (which plans to air a radio show hosted by Ernest Hancock live from Quartzsite on Saturday afternoon).

Over 300 people are reportedly planning to fly into Sky Harbor Airport in Phoenix from around the nation for the rally, after being transported to Quartzsite by bus. The plans include a ‘muster’ at 8:30am, a march to Town Hall at 10:00am, speeches and presentations at Vito’s RV Park from 1:00pm, a pot luck at 4:00pm and entertainment/music from 5:00pm.