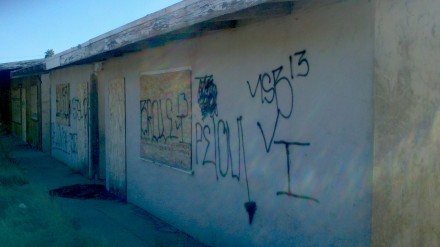 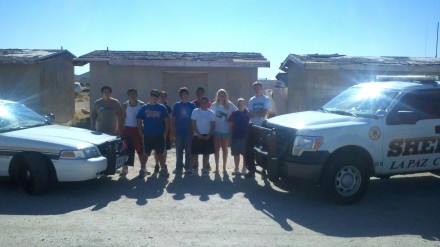 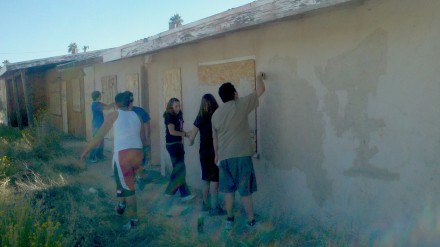 On October 16th, 2011, the La Paz County Sheriff’s Explorer Post #516 participated in its first “Taking Back Our Community” Event. With the help of Sheriff’s Deputies, the Explorers worked to clean up and paint over gang graffiti which has recently surfaced in Salome. The Explorers sent a clear message that the community belongs to its residents, not the gangs which are surfacing in the Salome/Wenden Area.

Law Enforcement Exploring is a career-oriented program that gives high school students the opportunity to explore a career in law enforcement by working with local law enforcement agencies. The La Paz County Explorer Post #516 was founded in July of 2011 and is available to students of Salome High School. The program focuses on community service, integrity, and professionalism. It was founded to provide educational and career opportunities which would be otherwise unavailable to the youth in the rural areas of La Paz County.

The La Paz County Sheriff’s Explorers are funded 100% by community donations, and the Deputies and Community Members who work with the program volunteer their time. If you have any questions or wish to make a donation, inquire at the Sheriff’s Office Administration at 1109 Arizona Ave in Parker, or contact Deputy Robert Brady at or Deputy Anthony Nelson at .