“Male passengers were pushing ahead of women and children.”

So observed retired police chief inspector Ed Gurr disapprovingly after he and his wife Liz made it successfully off the sagging Costa Concordia on January 13th. They were joined by the vast majority of the vessel’s other occupants, including the captain of the ill-fated cruise liner, who is either destined to be regarded as one of the most prolific cowards of maritime history for his decision to abandon the ship before all aboard were safe, or was telling the truth to an exasperated coastguard when he claimed to have been ‘catapulted’ from the Concordia (albeit landing in a convenient rescue boat). 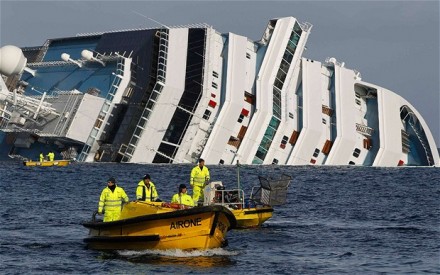 Allegations of cowardice are certainly stewing viciously in the wake of this disaster, which may claim up to 29 lives. But how cowardly can we judge the male passengers who boarded lifeboats ahead of women and children to have been? Does the oft-cited decree of the high seas prioritizing the female of the species and their children hold up today? Helping children to safety would seem to go without saying. Such is the proper role of the parent, guardian or nearby adult without whom many children may not survive at all. But we might pause longer to consider our consignment of women to the same category.

Perhaps to do so is an example of that sloppily transposed set of medieval military values called chivalry, which historically informs us of the ideal qualifications for knighthood. By ensuring that the women are safe, the actions of the men are seen as courageous and noble and, like a soldier who is willing to die in battle, his honor is ultimately viewed as being more valuable than was his life.

This is not, we should admit, a very easy transposition. For a start, there’s no objective reason that the life of a woman should be viewed as being of greater value than that of a man. Nor is it proper that his honor should be judged by how quickly he was able to circumvent his innate survival instincts in her favor (which, it may be argued, are themselves an expression of the highest value we know: survival, without which humanity would not exist today to argue about it).

It would appear, contrary to the ‘Women and Children First’ rule, that in the fumbling chaos aboard the foundering Costa Concordia, the men did not discriminate. That is to say, adult males treated adult females as their equals in every respect. Both men and women hurried onto lifeboats to safety without second thoughts regarding the sex of the others around them. Perhaps the men were accompanying their wives and children onto the boats so as not to be separated, which would be a luxury for modern times.

Almost hundred years ago, while a microcosm of our patriarchal society was being desultorily swallowed by the cold North Atlantic Ocean, sexism saw to it that a full three-quarters of the women survived on the surface, while over three-quarters of the men perished with the ship. While class prejudice was clearly an even greater injustice, it’s worth pondering what sex discrimination meant to the 1339 men for whom the Titanic was to become their grave. And as for the men who made it to safety, their honor having apparently been traded for their lives, allegations of cowardice followed them until they perished in a variety of other ways. (Ought we to place in this category the notorious ‘coward’ J. Bruce Ismay, said by some to have enjoined that the captain exercise the ship’s engines to the fullest, leading to the disaster? As managing director of the White Star Line, his place on a lifeboat that night helped set a record for maritime cowardice that Captain Francesco Schettino is threatening to top.) 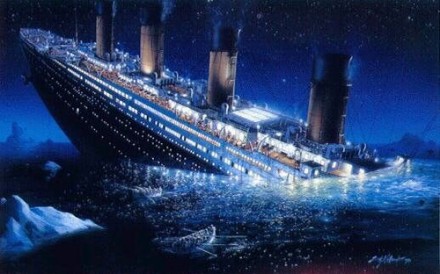 I do find it fascinating to note the shrillness with which people insist, from the tranquility of their homes and in their cushy workplaces, that they would never act so unscrupulously in that person’s shoes. It is in this tone that survivors of Uruguayan Air Force Flight 571 were damned for eating their dead fellow passengers for survival (how disgusting!), and that Todd Cameron Willingham was executed for the murder of his three children by arson, largely for failing to run back into his burning house to save them; how could he not? This is not to mention the act of jumping in a lifeboat before every adult with a vagina is safe and well. That so many casual spectators can claim to be so certain – in the comfort of the absence of that rich mix of chemicals that infuses the brain with the instincts to survive at almost any cost – that they would act with nothing short of great honor and courage, never ceases to amaze me. I would never make such a claim, despite my fervent hope that I could act gallantly in their shoes.

There is, of course, a sound historical reason for the axiom that women and children should be kept safe at the expense of men, despite the fact that the concept is not – and has never been – a part of international maritime law (before the sinking of the RMS Titanic in 1912 one would not likely have heard of it). With regard to ancient cultures in which the death of every fertile woman meant a smaller generation to come, and thus fewer hands hunting and gathering (and later, farming), and an increased threat of annihilation by competing cultures, it is perhaps not surprising. But the future of our culture no longer depends upon such concerns. As Swedish gender studies lecturer Pelle Billing notes, “It seems that we are slow to change some of the patterns in society that guide gender relations, especially the ones that are to mens’ disadvantage. If the opposite were true, i.e. if the expression was ‘Men and children first’, would it not have been repeatedly challenged by feminist writers and leading politicians?”

Which leads to an interesting observation, that there now exists a second sexism involving what Warren Farrell calls ‘male disposability’, by virtue of which it is asserted that the societies that survived did so by training a core of its sons to be disposable. Men were put in harm’s way for the sake of their communities in war, and in work; the principle also extends itself to the ethics of disasters. It is ironic, therefore, that most of the women who survived the Titanic did so as widows who were financially and socially disadvantaged for the rest of their lives; not exactly the outcome one would hope for from acts of chivalry. 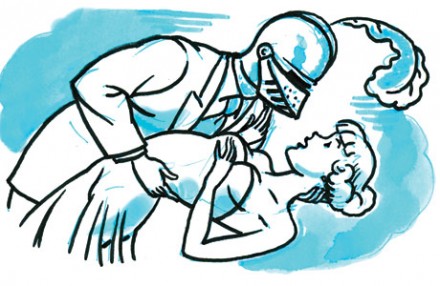 I certainly don’t wish to suggest the opposite, that men should come before women in disasters, or to imagine that the men who ‘pushed past women’ onto lifeboats on the Costa Concordia (if that is what happened) were acting properly. But surely one’s support and help for one’s fellow human being should be indiscriminate, or if it is to be discriminating should prioritize the weak, the helpless and the distressed, instead of assuming that ‘weak, helpless and distressed’ is synonymous with the adult female? It’s been a while, has it not, since women played the part of the frail, corset-wearing, passive damsel, for whom everything must be done lest she wallow in danger and distress. My wife would be just as capable as me of jumping in a lifeboat, thank you (not that the task is a particularly arduous one as compared with the threat of drowning in icy waters; for either sex).

Nautical history is full of standards, rules and traditions. It gives us many of our most well-worn sayings, including ones urging battening down of hatches, being taken aback, getting underway, by and large, knowing what’s in the offing and what’s at close quarters, and being so low in temperature as to render unattached the testes of metal primates on board.

But ‘Women and Children First’ seems a tad outdated, if not outright inequitable. We shouldn’t fear any lack of gallantry in its absence, either. While we may hear examples of cowardice from the Costa Concordia for a while to come, my bet is that it won’t be long until stories of bravery, nobility and courage emerge from the men – and women – on the ship, stories which do not rely on this inferior ethic for their potency, yet will be universally lauded as examples of heroism simply because they are.