Now, before my cheeky headline attracts too much trouble, let me preface by saying that I love America. I’m not one of these latter-day immigrants who move to the United States and complain about it all the time (any more than I would complain about anything else in life). I chose to move here from the United Kingdom, and I’m very happy with my choice.

You guys have great food, an upbeat attitude, an entrepreneurial spirit and – when you’re at your best – a ‘live and let live’ attitude that would make the founders of this nation very happy. Some of your motoring customs are greatly preferable to ones in my homeland. Gas pumps that continue to fill when you let go of the handle. Turning lanes. ‘Right on red.’ Drive-through ATMs. These are things I tell my UK friends it’s time they adopted over there.

But there are a few little pesky rules of the American road that simply don’t make any sense in the slightest. They’re crazy. Nuts. And it’s incumbent upon me, a dude who grew up somewhere else, to tell you when I notice these things. (Just my way of helping.) Here they are: 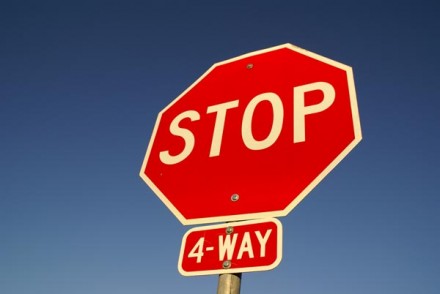 All-way stops are evil. Not only are they extremely inefficient, their effectiveness begins to fail with higher traffic. The daily farce of trying to figure out which vehicle stopped first, then next, then next, and when your own turn to pass through the clumsy intersection might come, followed by the inevitable moment when the entire awful thing breaks down and people resort to frustrated hand signals in an attempt to do the traffic control manually… the system indicts itself.

All-way stops will one day be studied as early traffic control systems like we study Neanderthal tools: a valiant first attempt. But this is 2012, for the love of God. Let’s be honest: it isn’t very sophisticated, is it? I can just imagine the uninspiring meeting where this was first proposed as a solution: ‘Gentlemen, we need a solution. Traffic will be getting heavier in the coming years, and we need a way to let carriages from four different directions pass through. Yes, Jenkins? What’s that? Just have them all… stop? Well, how will that help? Well, I suppose there are always hand signals.’

And then there’s the custom of turning many very safe drivers into lawbreakers for failing to give that final tap of the brake pedal that renders their vehicle motionless for at least a nanosecond, even if nobody else is anywhere remotely close to the intersection to make their stopping even necessary.

Every all-way stop sign should be exchanged for a variety of 2-way stops, yields and roundabouts. In Europe, they’ve moved from the crude hammer of traffic control to the pneumatic drill: roundabouts, which are are used even in small intersections because they’re vastly superior. They are superior for the following reasons: stopping only happens when it’s necessary, traffic flow is improved a thousand percent, accidents are fewer, no hand signals are required and the possibility of being ticketed for something which harms no-one is eradicated. (That’s right: roundabouts are used because they’re statistically safer than any other form of intersection.) 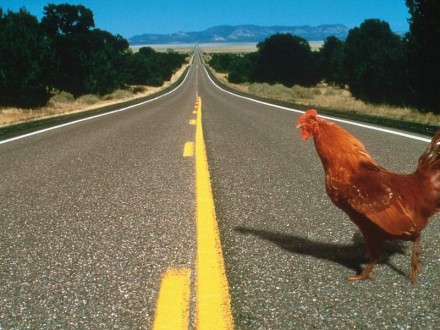 Why did the chicken not cross the road? Because it would be a fowl proceeding.

In fact, in the land of the free, it is illegal for even a human being to cross the road (that is, unless one is crossing at a designated crosswalk). Now, I know what you’re thinking: the road is for cars, not pedestrians. This is true. But in the United Kingdom, it’s regarded as an individual personal responsibility to cross the road safely as a pedestrian, and there is no such crime as jaywalking. This difference between our cultures’ customs was discovered by a peaceful British conference delegate visiting Atlanta a few years ago, who made the mistake of crossing the road to get to his next seminar and found himself face down on the asphalt followed by 8 hours in jail. ‘Welcome to America!’

Perhaps you think that repealing laws against jaywalking will just lead to more pedestrian deaths? Not according to statistics, which say that in America, pedestrian deaths are higher than in Europe.

(For extra points: do you know whose right-of-way it is when a pedestrian jaywalks? That’s right; the pedestrian.)

(3) Pulling over for emergency vehicles coming from the opposite direction 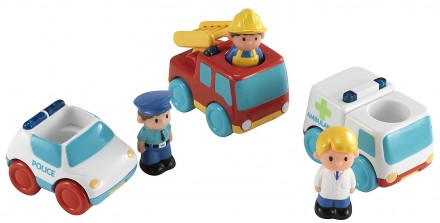 In most states including Arizona, the law requires motorists to pull over and stop, regardless of the direction or lane used by the emergency vehicle. Arizona Revised Statutes says that, when an emergency vehicle approaches, you must:

“Immediately drive to a position parallel to and as close as possible to the right-hand edge or curb of the roadway clear of any intersection. Stop and remain in the position […] until the authorized emergency vehicle has passed.

This is unnecessary and dangerous, particularly when emergency vehicles are coming from the opposite direction. Often, drivers react to these oncoming sirens and lights in a way that, at any other time, would be regarded as erratic and foolish. In their haste to satisfy the code, they brake suddenly and dive over to the right-hand side, making drivers who haven’t yet seen the emergency vehicle coming wonder what the hell is going on.

This leads to accidents. Every year in the U.S., there are almost 16,000 collisions involving fire trucks alone (let alone police and ambulance). These accidents result in many injuries, which may be the absolute height of irony, considering that injuries are the very thing emergency vehicles and the laws surrounding them exist to reduce! We have a word to describe that: ‘counterproductive’.

How can we improve on this, reduce accidents and eliminate unnecessary stopping?

The UK Highway Code puts it this way:

“If necessary, pull to the side of the road and stop, but do not endanger other road users.”

Wow. How reasonable! How simple! It is patently not necessary for the driver of a vehicle coming southbound on Highway 95 to suddenly pull over to the side of the road when an emergency vehicle is coming northbound, a full four lanes across the roadway! This simple and effective change to the law would save lives and get rid of any unnecessary interruption to the flow of traffic.

So, there we have it, America: just three small changes that could make our lives on the roads better and safer, and could eradicate the need for frustrated hand (or even finger) signals.

Anything I can do to help. 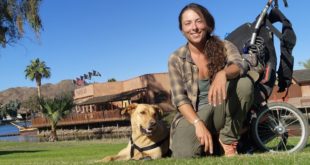