Ed Foster voted back in as Quartzsite mayor 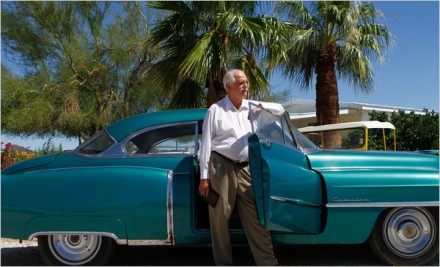 Ed Foster picked up the most early and polling place votes in the unofficial results of the Quartzsite primary election held yesterday. With 50.98 percent of the vote, Foster looks set to return as Quartzsite’s mayor. The next highest vote-getter came in with only 38.40 percent of the vote.

Foster lost an election last year after a challenge at the polls. He had been at the center of many news headlines around the country during 2011 in relation to goings-on in Quartzsite (like this one in the New York Times). Supporters of the mayor can be found all over the U.S. as a result, who believe Foster is standing up to corruption and unconstitutional acts at the local level. A Facebook group set up by supporters has around 3600 members.

The general election in Quartzsite will be held May 15th, and will decide who will make up the town council.