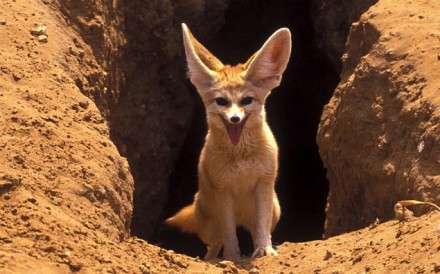 A fox captured off of Shea Road near Parker recently tested positive for rabies. La Paz County Health Department and La Paz County Animal Control are urging residents and visitors to be wary of wild animals and to practice precautions when camping in the desert. The fox was captured Saturday, March 10th by officials in the vicinity of P Mountain on La Paz County land after someone called and reported an aggressive fox. The fox was submitted for testing and the tests came back positive for rabies.

“We’ve had bats test positive for rabies in the past but this is our first fox that has tested positive. Since this area is a popular camping spot, it’s important that the public take immediate precautions in this area,” said Marion Shontz, Director for the La Paz County Health Department.

Rabies is easily transmitted among wild animals and unvaccinated pets, the public needs to watch for any wild animal that may be behaving strangely such as acting aggressively, stumbling or foaming at the mouth. If such an animal is seen in the Shea road area, or any of La Paz County, residents and visitors are asked to take children and pets inside and call the La Paz County Animal Control office at (928) 669-8774, after hours at (928) 669-2281.   Rabies is not unusual among wildlife; however it’s important that steps be taken to prevent exposure to the disease among humans and pets. In La Paz County rabies is most common in bats.

The La Paz County Health Department makes the following recommendations to prevent the spread of rabies:   Vaccinate your pets regularly. Keep children and pets away from wild and strange animals. Don’t try to feed, touch, or play with a wild animal. Don’t allow pets to run at large. Secure garbage in containers with tight-fitting lids, and take them out in the morning of pick up, not the night before. Coyotes and other wildlife will scavenge trash. Feed pets indoors or remove food when your pet is finished eating outside. Wild animals are attracted to pet food left outdoors. Avoid contact with bats. If you find a bat during daylight hours, it is most likely unhealthy and should not be touched.  Keep bird-feeder areas clean, and use bird feeders that keep seed off the ground.

Foxes are attracted to small animals congregating on the ground. If you frequently see foxes, remove all feeders. Close off crawl spaces under sheds, porches, decks and homes. Some wildlife may use these spaces to rest or to build their dens.

Rabies is a disease caused by a virus that is spread through the saliva of an infected animal. When contracted by humans, rabies is fatal unless early treatment is sought. There is no cure once symptoms develop, immediate treatment is important to prevent the disease. If bitten by any animal, clean the wound thoroughly (for at least 10 minutes) and then contact your doctor or seek medical attention.

La Paz County Health Department and La Paz County Animal Control will be working with state officials to determine the need for additional surveillance. Rabies information can be found online at cdc.gov/rabies or on the county health Facebook page facebook.com/LaPazCounty.HealthDepartment.