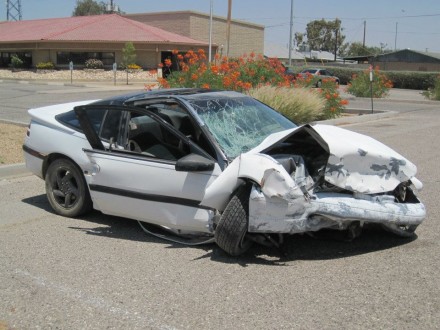 On May 9th, 2012, Benjamin Paul Brodie, 21, of Parker, was sentenced by La Paz County Superior Court Judge Michael Burke to 10.5 years in the Arizona Department of Corrections. Brodie previously pled guilty on April 5th, 2012, to two counts of Manslaughter and one count of Aggravated Assault. Brodie is not eligible for probation or early release.

On October 6th, 2011, Brodie was driving a vehicle on Shea Rd., in Parker, with three passengers. Brodie lost control of the vehicle and went off the road. It caused the vehicle to be launched in the air and the vehicle collided into a natural desert structure. The investigation revealed that Brodie was driving at approximately 75mph when he applied the brakes leading up to the collision and he had a blood alcohol content (BAC) of .111 which is over the legal limit of .080. As a result of the collision two of Brodie’s passengers were killed and one became paralyzed from the neck down.