To the Editor: Quartzsite news

A lot has happened in Quartzsite over the past few days in the ongoing feud, and you should be covering it. Yesterday Mayor Lizarraga wanted the winners of the recent election seated, and adjourned (perhaps inappropriately) the meeting, and now allegations are emerging that the town attorney Martin Brannan assaulted Lizarraga in the hallway. Today the council had a special meeting to canvass the results and approve seating the new council, and some council members opposing Mayor-elect Foster refused to attend, thus making it impossible to have a quorum.

Thanks to this reader for the Quartzsite update. I’m currently visiting family and friends in Ireland and planned to have some of this news posted by today or tomorrow, which I’ve been keeping up with from afar. This little email seems to cover it, with special note to these details:

As is the case with so much of what has happened in Quartzsite over the past year, the political system is being tested this week. What happens when the losers of an election fail to show up to canvass the votes which cast them out? Is there an alternate process by which the winners are seated in office? 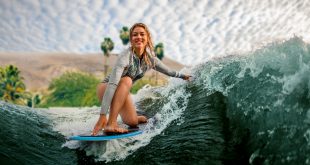 To The Editor: Do wakesurfing boats belong on the river? 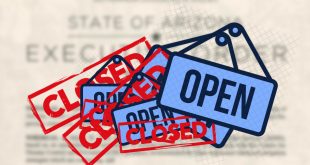 To the Editor: Why are some bars still open after orders to close? 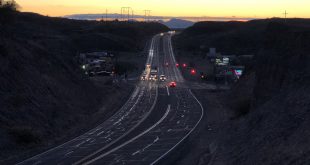 To The Editor: Is this traffic light acting weird?