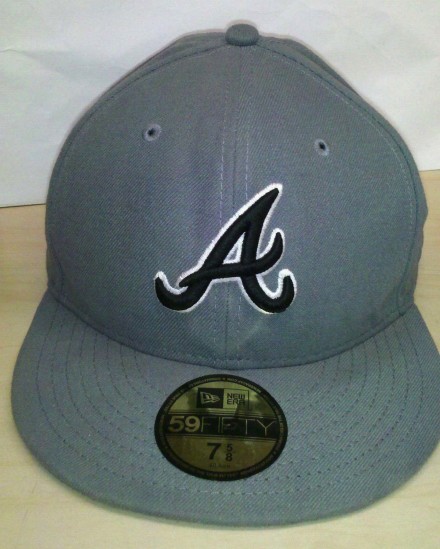 On Friday, August 3rd at approximately 12:10 p.m., a 62-year-old female was approached by an unidentified suspect in the 1200 block of Ocotillo Ave.  The suspect attempted to take a purse that the victim was carrying.  The victim was able to fend off the attacker and retained possession of the purse.  During the scuffle, the victim sustained injuries that necessitated medical treatment.  The victim was transported to LPRH for treatment of injuries sustained in the attack.

The suspect is described as a Hispanic or Native American male, in his late teens-early 20’s, 5’10”, with a stocky build (around 200 lbs).  He had straight black hair that hung past his ears.  The suspect was wearing a large grey shirt, black shorts and a baseball cap that was left behind in the scuffle.  A photo of the hat is above.  The suspect fled the scene on foot and has not been located.

The suspect is wanted on a charge of Attempted Robbery.  Any information on him would be greatly appreciated.

Anyone with information should call the Parker Police Department at 669-2264 and ask for the on-duty officer.