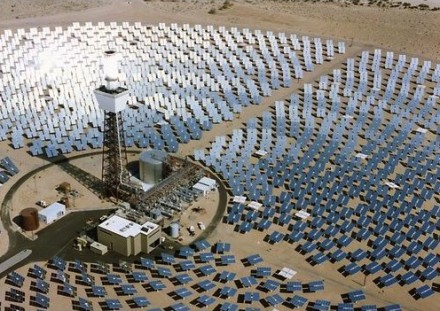 Quartzsite Solar Energy is one of 7 renewable energy projects that will be expedited, according to an announcement late yesterday by the White House. The Obama administration said that it has taken the step of expediting the federal review process for the projects, including the one in La Paz County, operated by SolarReserve.

SolarReserve’s facility will use thousands of mirrors to focus sunlight to the top of a 550-foot tower, where the thermal energy generates electricity. The Quartzsite project can also store heat and generate power when the sun is obscured by cloud and after sunset. It will be capable of generating 100 megawatts of power.