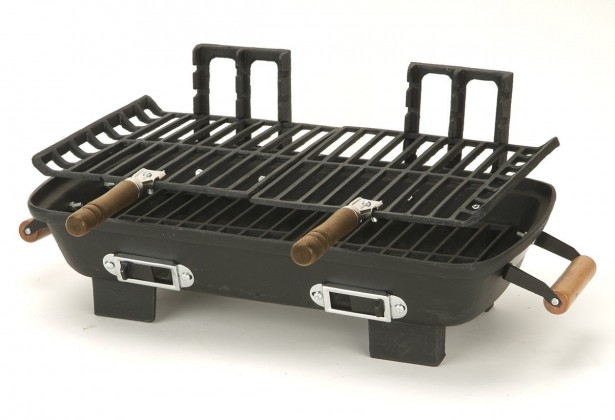 At approximately 12:15 pm on Monday Sheriff John Drum discovered an abandoned Hibachi barbecue sitting on the sidewalk in between the Parker Fire Department and the Court House on Arizona Avenue. The Sheriff called for the Lake Havasu Bomb Team to investigate.

At approximately 4:00 pm the Lake Havasu and Bullhead Police Department Bomb Team arrived in Parker to examine the suspicious device.

The object, a red and black Hibachi Barbecue, was picked up by Bullhead Police Department’s Bomb Robot and cleared of any explosive material.

Arizona Avenue was immediately reopened and the local businesses were informed they could resume business.