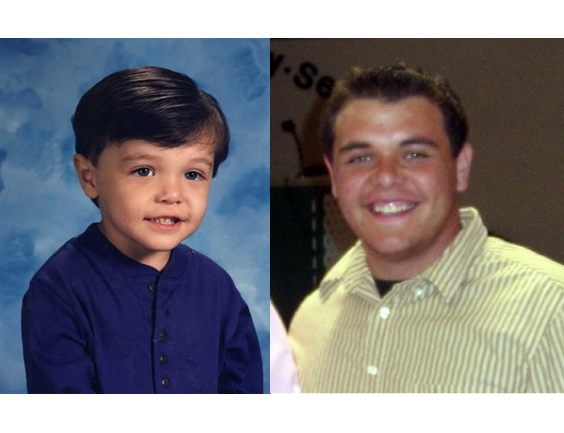 When Evander Jordan Page walked into the room, those in his company felt energy, an enthusiastic spontaneity. This was just one example of who Evander was and how he impacted those around him. Evander was a clever and gregarious person who always sought out the finest attributes in other people. It was as if Evander wanted to share all of their experiences, revel in their lives and celebrate their discoveries. Evander was tireless and had boundless enthusiasm that would serve him well throughout his life.

Evander was born on July 28, 1990 at Good Samaritan Hospital in Phoenix, Arizona. He was the son of Bobby and Sherry Page. Evander was raised in Parker, Arizona. Always at the ready with a good joke, he grew up to be quite a humorous person. While some who knew Evander might describe him as an idealist, his friends and family understood well that Evander was always in pursuit of life’s endless possibilities and opportunities available to him.

Evander was raised with one sister, Jennifer and two brothers, Jerome and Lauren. Evander was very accepting and supportive of his family. He was perceived as the central person in his family in terms of keeping communication open between the family members. Evander was typically the member who brought about resolution and harmony. These traits served Evander well in his adult life and, along with his wit, outgoing personality, and understanding of others, drew the admiration of many who knew him.

As a young boy, Evander was able to empathize and identify with a vast array of people and personality types. This quality drew him into a diverse group of friends and acquaintances. Evander was intelligent. He was almost always the first to jump in when it came to playing games or participating in other childhood activities. Evander took part in basketball, volleyball, baseball, football, golf and wrestling. He was a 4-H member and FFA member. In his spare time he liked reading and being with friends he never liked to be alone. Evander’s memorable achievements included 1st Place Biggest Bubble Gum Contest, FFA Officer, 2nd All Regional Team Wrestling, Varsity Letter in golf and football. Evander had the ability to find amusement with almost any activity he and the many childhood friends he shared might discover.

During his high school years, Evander responded enthusiastically to any new project and was regularly in search of one adventure after another. Evander was a very good student, and generally did well in his courses. Evander absorbed as much as he could from all of his teachers and was consistently able to tackle conceptual and abstract problems, using his imagination to master his assignments. For Evander, school often became just an extension of playtime, thanks to his ability to turn just about anything into a game. Classmates considered Evander a good listener, knowing that when necessary, they could go to him to discuss just about anything.

With a talent for making acquaintances easily which in turn brought him an endless stream of friends, Evander was very sociable and could blend without effort into any social group. Assertive and outgoing, Evander was easy to know and demonstrated a deep concern for others. He always seemed aware of what was going on with people around him and throughout his life he made many, many friends. While growing up, some of his best friends were Felicia McGee, Cel Hernandez, Sergio Lamas, Cory, Nick and Ryan McVay.

Evander was uplifted by new ideas and was excited by life’s possibilities, traits that made him an exceptional worker. His primary occupation was Farming. He was employed by his father at Page and Sons Farm. Evander was inventive and working against deadlines seemed to energize him. Evander had the uncanny ability to identify a win/win solution to just about any problem, possibly because of his gift for insight.

Because Evander loved to have a broad variety of activities in his life, he took advantage of the opportunity to pursue numerous hobbies. His favorite pursuits were basketball and volleyball tournaments. Evander had a knack for being able to multi-task in order to create time for all of his favorite pastimes. However, Evander’s ever-present concern for others always took precedent.

Evander derived much satisfaction from participating in and watching sports. His charisma, supportive nature and ability to improvise when called upon to do so all made perfect attributes for enjoying a great many sporting activities. Evander was also something of a sports fan and enjoyed watching his favorite events whenever he got the opportunity. Top on his list was basketball.

Throughout his life, Evander was actively involved in community organizations. He was compassionate, accommodating and quick to move into action. Always able to build a consensus, Evander seemed to be the person smack dab in the middle of things, working to get things done. Those who had the opportunity to work with Evander usually agreed that when you were involved in an organization with him, it was as entertaining as anything you could imagine.

Because Evander was constantly in the center of things and where the action was, he always seemed willing to join in and help, regularly getting involved in community activities. Evander’s gift of planning and improvisation, along with a talent for rallying support, made him a great asset. Evander found new ways of getting things done in order to help make just about every activity more efficient and enjoyable. Evander was an active member of several community groups, serving as a Referee for Pop Warner Football. Politically, Evander supported is father in his campaign running for county supervisor.
“Vote for Bobby Page.”

Evander was a man who was dedicated and devoted to his faith. He was a member Parker Apostolic Church his entire life. He was sympathetic and able to empathize with others and he used these qualities to the fullest.

Evander was a lover of animals and cherished his pets. Throughout his life he always had a dog by his side.

Evander Page passed away on May 25, 2013 in Parker, Arizona. He is survived by his parents Bobby and Sherry Page, brothers Lauren Page and Jerome Barley Jr., sister Jennifer Mata. Services are to be held at Parker Apostolic Church on Friday, May 31, 2013 at 7pm and on June 1, 2013 from 9am-10am. Evander is to be laid to rest June 1st, 2013 in the Parker Cemetery.

There was always a certain style and inventiveness to Evander. He was a dynamic, self-expressive person who was forever looking to celebrate the endless possibilities life had to offer. He had a knack for being clever, creative and witty, and for others, was a joy to be around. While he was often fiercely independent, it seemed as if many others looked to Evander Page for inspiration, leadership, wisdom and even courage. Evander was always more than willing to share life’s experiences with his loved ones.