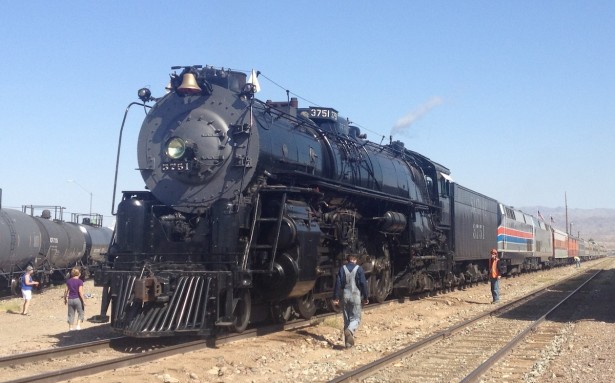 A company that captures groundwater from its property in the Mojave Desert near Route 66 is teaming up with the Arizona & California Railroad Company to run a new steam railway excursion service.

Cadiz Inc. announced that it has entered into a new trackage rights agreement with the Arizona & California Railroad “that will facilitate the development of regularly schedule steam train excursions through the celebrated Mojave Desert between Cadiz, CA and Parker, AZ, which would be one of the longest steam train excursion routes in the United States.”

The company says the proposed new steam train operation, named the Cadiz Southeastern Railway, will be powered by water made available from the Cadiz Valley Water Conservation, Recovery & Storage Project, by which native groundwater – which would otherwise be lost to dry lakes in the desert – is recovered and made available to use at rates of up to 50,000 acre-feet per year.

Cadiz, CA is located near Route 66 south of I-40 between Barstow and Lake Havasu City. 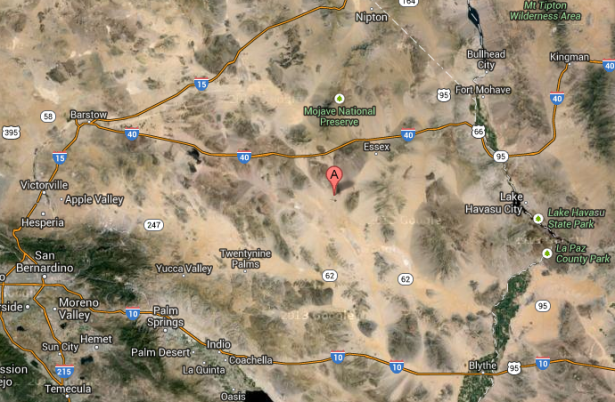 “The steam train is an original fixture of the Cadiz area – an important historical asset intimately connected to the local culture – and offers a rewarding way to invest locally and promote the unique desert environment,” said Scott Slater, Cadiz President. “As a 30-year member of the Mojave Desert community, we have long appreciated the area’s majesty and appeal and are proud to diversify our business with this exciting new venture.”

The CSER will operate on existing tracks along an 85-mile portion of the ARZC between Parker, Arizona and Cadiz, California with water stops in desert locales of Milligan, Chubbuck, Rice and Vidal. This Mojave Desert Route, which is located just off historic Route-66, provides sweeping views of the vast desert wilderness, mountainous terrain and the Colorado River.

“The CSER route is nestled between the bustling desert tourist areas of Joshua Tree National Park, Mojave National Preserve, the Colorado River, Lake Havasu and Phoenix, Arizona,” noted Rob Mangels, a veteran of the steam locomotive industry and Senior Manager of the Cadiz Southeastern Railway operation. “As one of the longest, scheduled steam train operations in the U.S., the CSER will create a new magnet for tourists and railfans alike, adding new dollars to the desert tourist economy.”

The company says the operation will be an entertainment-based attraction offering both traditional excursion and themed rail rides. The museum and cultural center planned for Cadiz will serve as the operation’s educational hub. Visitors to the center, who arrive via rail or vehicles traveling along Route-66, will learn about the historical development of the area and the region’s connection to the railroad industry.

Cadiz, California was developed in 1883 as a small rail siding for transcontinental railroads heading west. According to historical accounts, Cadiz became a key watering stop for steam locomotives during the West’s expansion as railroad traffic to Los Angeles continued to increase. The ARZC route became operational in 1910 serving as shortcut for freight and passengers moving between Los Angeles and Phoenix as well as serving towns and communities along the line. Steam-powered locomotives relied on water at Cadiz until the mid-1950s, when the railroads shifted to diesel-electric locomotives.

The CSER operation will employ historic steam locomotives and vintage passenger railcars that will be modernized to incorporate current environmental and mechanical technologies. As CSER prepares its facilities and equipment, it intends to work with the San Bernardino Railroad Historical Society, which maintains a 1927-built steam locomotive, Atchison, Topeka and Santa Fe number 3751, which came through Parker, AZ several months ago, to operate limited runs of the 3751 on the route.

The company also wants to build a museum and cultural center in Cadiz.