Bridge reopened to traffic after fire 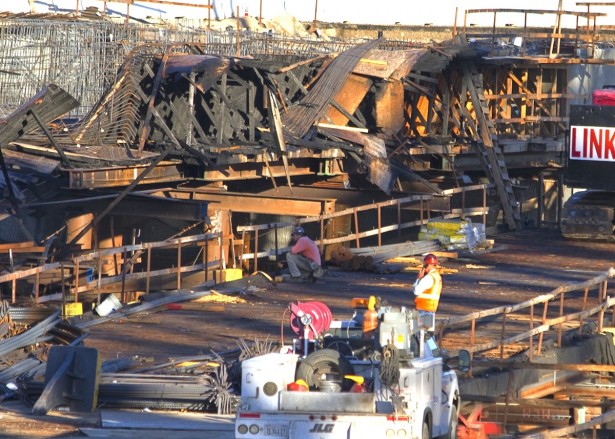 Emergency personnel responded to the bridge fire at around 6:45 p.m. Monday, after a wood platform being used by construction crews building a new bridge caught alight. The structure was being used during the construction process, and is believed to be a total loss.

There is currently no word on what caused the fire.

The blaze was knocked down by firefighters in around 3 hours, said Romo. Semis were being re-routed to Agnes-Wilson Road, while smaller vehicles were able to cross at Parker Dam.

CBS 5, Fox 10 and other media organizations picked up the story from Parker Live and aired news items on the fire. It is believed the Army Corp of Engineers or other authorities may now need to inspect the bridge and assess the damage.

Construction crews working on the bridge were back to work Tuesday morning, surveying the charred remains of their platform and continuing work on the new bridge. One phase of the new bridge is already complete, with the other under construction now. The construction project had a proposed cost of around $40 million.