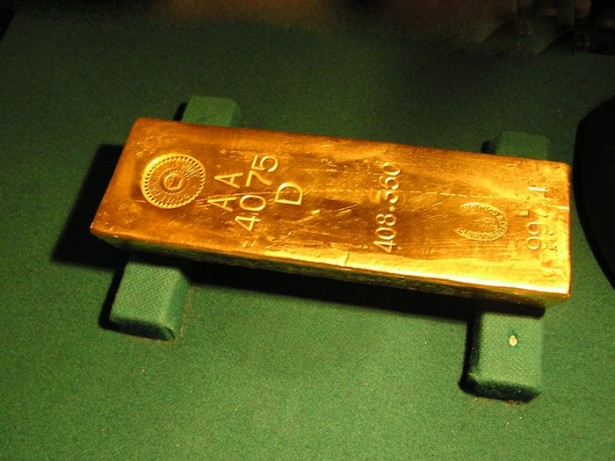 VANCOUVER, BRITISH COLUMBIA–(Marketwired – Oct. 11, 2013) – American Bonanza Gold Corp. (TSX:BZA) (“Bonanza” or the “Company“) is placing the Copperstone Mine in Arizona on care and maintenance status until further notice. The Company has made this decision in order to cut costs while it reviews operations with a view to improving operational efficiencies, and while it seeks additional capital to fund performance improvements in order to meet designed capacity of the Copperstone Mine. Declining gold prices also factored in the Company’s decision to suspend mining and milling operations at this time.

While the suspension of operations may be considered a setback in the Company’s goal of achieving commercial production at Copperstone, the Company believes it is necessary in order to achieve that goal. Operating costs have reached unsustainable levels for various reasons. The Company believes that with additional capital, upon the resumption of operations the mine will perform at a consistent mine output rate and mill throughput rate which will help reduce overall costs as the Company moves forward to bring the Copperstone Gold Mine to design operating rates.

The Company is in discussions with a number of potential financing sources which may result in one or more financings in sufficient amounts to enable the Company to bring production at the Copperstone Mine up to design rates. The Company intends to continue these negotiations.

A longer-term objective of the Company remains the substantial increase in mine production upon the resumption of operations and delineation of the significant exploration potential at Copperstone. The Company will endeavor to keep our shareholders fully informed, on a timely basis, of our decisions and activities.

Bonanza is owner of the newly constructed Copperstone Mine in Arizona. For more information please visit Bonanza’s website at www.americanbonanza.com.