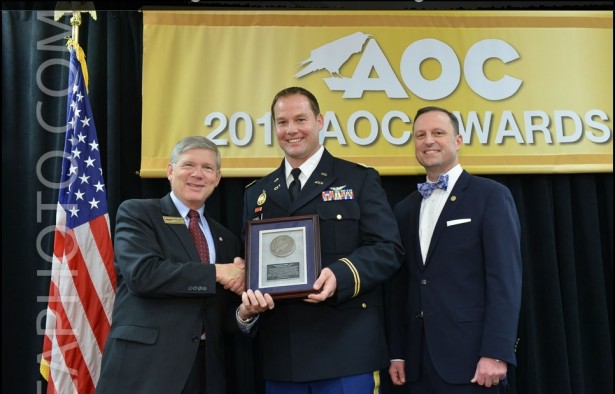 A Parker High School graduate has been honored “for exceptional and meritorious service during Operation Enduring Freedom as an electronic warfare officer.”

Daniel Fackel graduated in Parker in 1998 and later joined the U.S. Army. His citation says:

“CPT Fackel’s outstanding dedication to duty during combat operations in Afghanistan contributed to the overwhelming success of the Army electronic warfare mission. His actions are in keeping with the finest traditions of military service and reflect distinct credit upon himself, Task Force Caesar, U.S. Forces-Afghanistan, and the United States Army.”

The Association of Old Crows honored Fackel at the association’s 50th International Symposium and Convention in Washington October 30th. Each year the AOC recognizes individuals and units for their outstanding performance in furthering the aims of the AOC in support of the United States or Allied electronic warfare, information operations and electromagnetic spectrum operations, according to the AOC website.