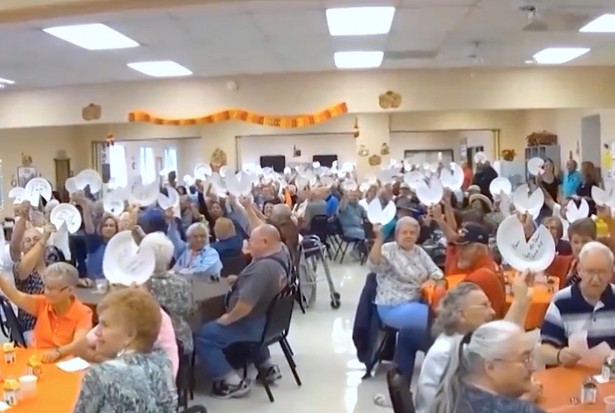 Part one of a new documentary project has been launched with the aim of highlighting the unique need of seniors below the poverty line in La Paz County.

Called ‘Alone at the End of the Road’, the project leader is Trudy Schuett, chair of the Regional Council on Aging – Area Agency on Aging Region IV, which is implemented by the Western Arizona Council of Governments.

Schuett says: “The world at large doesn’t know the population of La Paz County has a nearly-unique demographic: over 32% of its residents are age 65 or older. Only three other US counties – in Florida and North Dakota – have a larger percentage of seniors, according to the 2010 census. Add in the numbers of seniors who come to Arizona for the winter or the summer, eventually becoming year-round residents, and a set of special challenges for community services emerges. Of those who become ill or disabled, many are separated from their families, who may be hundreds or thousands of miles away.”

The documentary features the work of Darla Tilley at Parker Senior Center and the services of WACOG with programs like Meals on Wheels, and emphasizes the importance of continued funding for these services, without which many of these elderly living alone would be in serious trouble.

Watch the documentary below (30 mins) or visit the project website HERE: http://trudywschuett.wix.com/aloneroad: