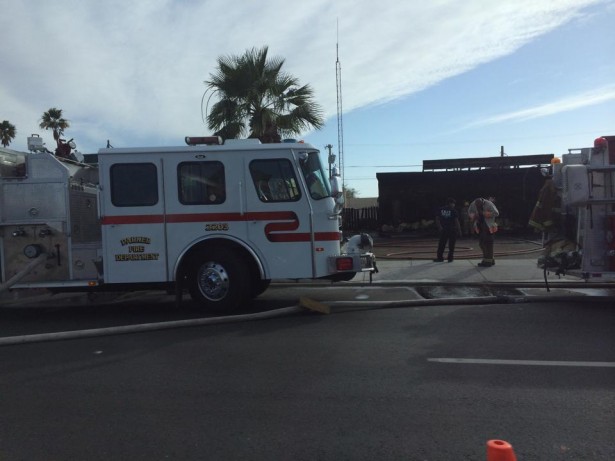 After a fire ravaged a thrift shop next door, the Early Bird Cafe is open for business Wednesday with only minor damage from the fire.

The blaze, which was quickly put out by local fire departments, did not burn through the other storefronts in the strip mall, which are all connected wall-to-wall. In addition, nobody was reported to have been hurt in the fire, which broke out Tuesday evening shortly before 5 p.m.

The Early Bird Cafe’s Christal Humphrey says the cafe did not burn down and they were able to open for breakfast as usual this morning.