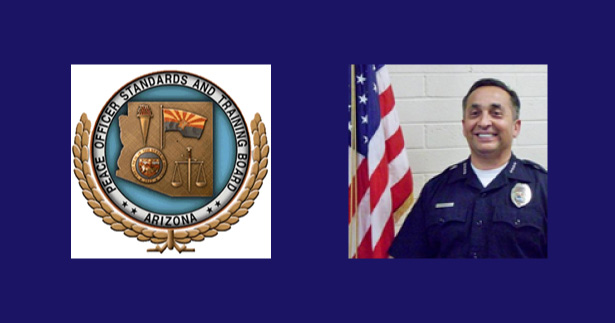 Mendoza resigned his position in mid-December almost 4 months after being placed on paid administrative leave in relation to accusations of harassment from the wife of a subordinate police officer.

Lorrie Thompson alleged in July 2013 that Mendoza was sexually harassing her, including by text message, by phone and in person. Mendoza fought the injunction against him in court and won, getting it dismissed for “lack of evidence”. He was placed on leave by the Parker Town Council in August.

The Arizona Department of Public Safety conducted an investigation into the allegations, concluding with a request to the Mohave County Attorney’s Office that charges be filed for tampering with evidence, a request the County Attorney did not pursue citing lack of evidence.

Mendoza reportedly agreed to relinquish his POST certification this week, meaning he cannot accept any police positions in the state of Arizona.