I was working in San Francisco last weekend. When I’m out of town and people ask what part of Arizona I live in, I usually say something like, “West side, a stone’s throw from California.” If they keep talking I add something like, “South of Lake Havasu”, assuming even that would be a stretch. But it’s amazing how many people reply, “Oh, you mean Parker?” A venture capitalist told me he knows the Parker Strip well and once funded a racing team in the Score 400 years ago. A 30-something guy has friends with a vacation house here. A girl tells me she spent several spring breaks in Parker during college.

So Parker is well-known, at least in California. But sometimes people don’t understand actually living here. Isn’t it just a dust bowl? Too hot? Too far from anywhere?

Parker isn’t perfect, to be sure. There aren’t nearly enough well-paying jobs, so opportunity is limited. And that means people often look elsewhere for a place to live. But Parker is awesome, in at least 12 ways (and there are many more).

So, here’s my list for Parker Live: ’12 Reasons I love Parker, AZ’. Please share if you love Parker too! 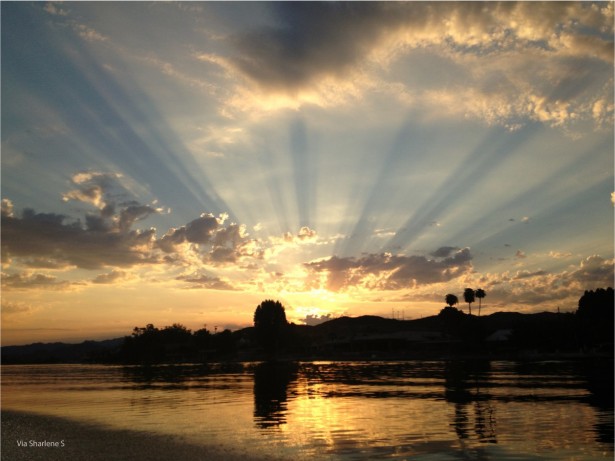 Need I say more? It’s great to wake up everyday with wide open spaces and dramatic scenery all around. The cool turquoise waters of the river nearby coursing through open desert. I love it. 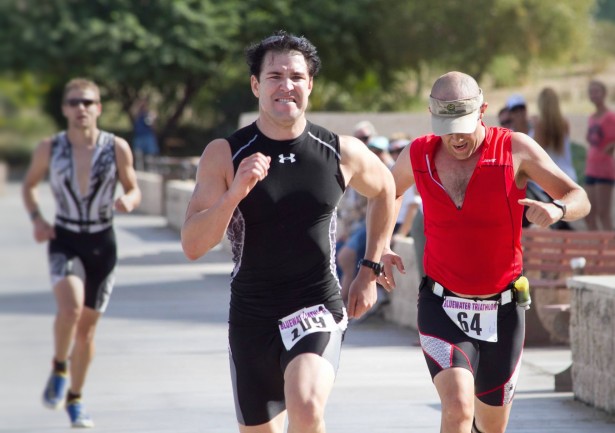 It’s hard to know where to begin. Parker is a hive of activity year-round. Two of the events in the calendar are so big they have their own spots further down this list, and many of the others are institutions onto themselves. From music events to arts and crafts bazaars to racing of all kinds: boat racing, jet ski racing, quad racing, truck racing, waterski racing, triathlon. The Chili Cook-Off is awesome. Flog: Baseball Golf. The Lighted Boat Parade at Thanksgiving. Family events, sports events… the list goes on. 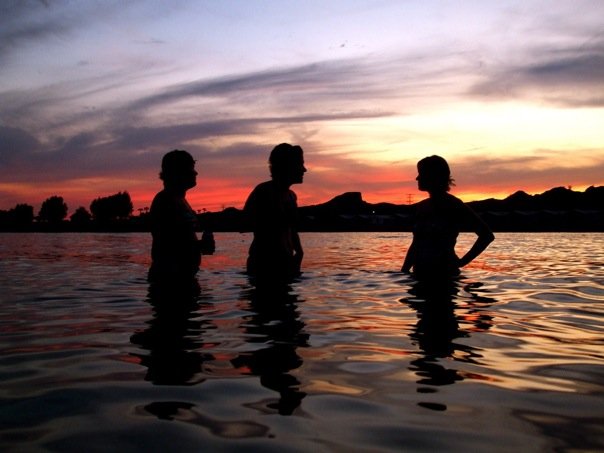 The Parker area is home to some laid back, cool people. It has a strong sense of community, derived from lots of different backgrounds. There’s a shared love of the outdoors, a good party, good music and a long weekend. There’s also a generosity that reveals itself when you suddenly need the help of neighbors. And some of these neighbors are pretty awesome, like Clayton Jacobson (the guy who invented the jet ski), Weatherman Bob (known to all in the sport of off-road racing), Desert Bar Ken (who started the famous bar in the middle of nowhere), Gene Price (of NASCAR motorsports fame) and Olympic Silver Medalist Ruby Fox. 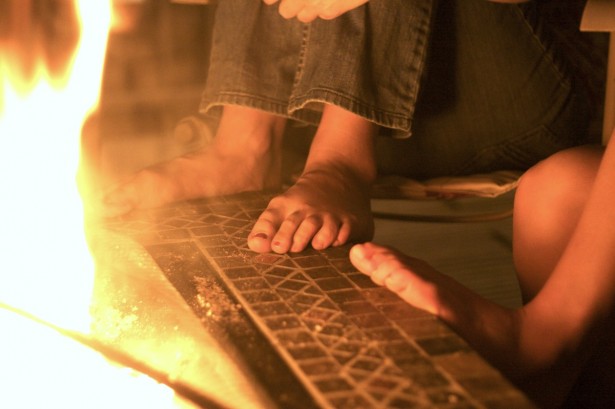 I know what you’re thinking: It’s hot! But that’s only partly true. The average high temp during the 9 months from September through May is 79 degrees. That’s pretty close to perfect (or close enough to make me very happy). Fall, winter and spring are glorious here, attracting thousands of snowbirds from places where people are freezing their asses off for months on end, while we enjoy beautiful temps and great activities like sitting around the fire pit outdoors in December. And as for the other months, nobody does the summer like Parker, AZ, which explains why we have so many people here in July. We have ways to enjoy the intense heat of the desert that you won’t find in the concrete jungles of Vegas or Phoenix (I’m sure you can think of one in particular). 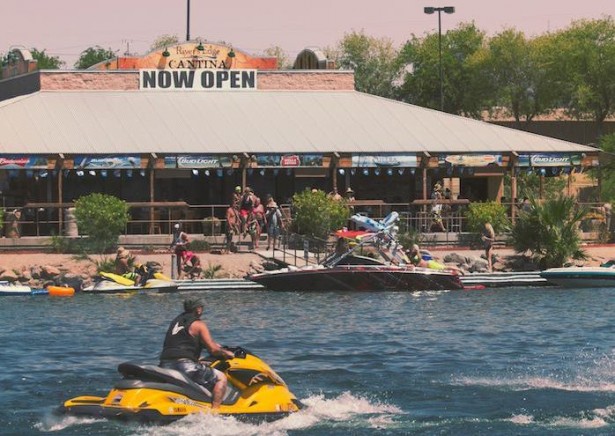 The Parker area is full of great places to enjoy yourself. There are lots of fun bars right on the river, many of which serve food too. It’s not everywhere you can take a boat to dinner, and wakeboard halfway there. Parker nightlife can be interesting at these places too! BlueWater Resort & Casino is a destination in itself, as is the Desert Bar mentioned previously (take an off-road vehicle if you don’t want to beat up your car). Roadrunner is legendary. Having these fun hangouts in my backyard is a happy plus. Check out some of the great places advertising on this page! 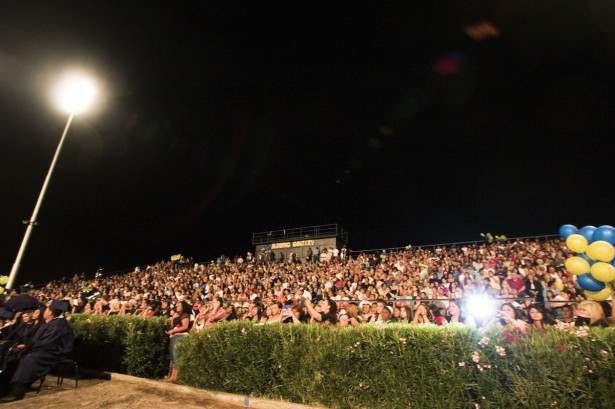 If you want to see the American melting pot in action, come to Parker, AZ. For a start, Parker is home to the Colorado River Indian Tribes, made up of Mohave, Chemehuevi, Hopi, and Navajo. We are home to a lot of people who move from metro Southern California. The lush agricultural Parker Valley is just south of town. The upriver area is slightly different again. Each of these components of the area has its own distinct feel and cultural identifiers. Parker has a home for everyone, from single-wide trailers with wall gardens and awnings to multi-million dollar mansions with theaters and infinity pools. Many races and political beliefs are represented. There are conservative and liberal, rich and poor, religious and nonreligious, older and younger. We come together at community gatherings, school events and backyard BBQs.

6. Your choice of cities 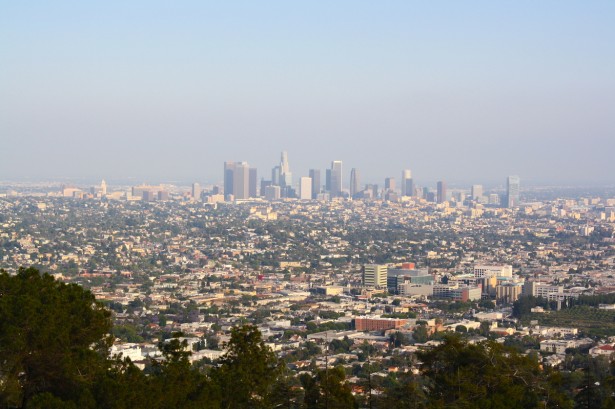 After work any Friday afternoon, I can meet friends or family for dinner in Los Angeles (4 hours), Las Vegas (2.7 hours), Phoenix (2.5 hours) or my choice of lots of other cities like Flagstaff, Sedona, San Diego and Orange County without needing to take time off work or think of it as a ‘vacation’. In fact, living in Parker makes it so easy to get to this wide variety of locations that many of us who live here think nothing of it. A day at the beach, a place in the mountains, seeing a show on the Vegas Strip, visiting friends in the city… it’s all pretty effortless when you’re central. We pass you Southern California road warriors on Highway 62 on Friday nights: we’re the ones going the other direction for the weekend. Wave! 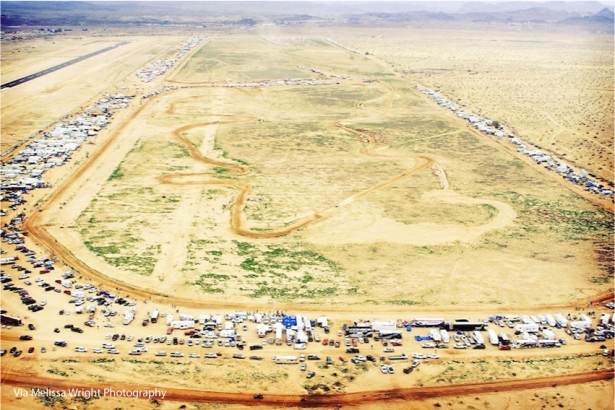 Once a year, a miniature city springs up near Parker Airport. Hundreds of other campsites emerge along Shea Road and the rest of what turns out to be the racecourse for the major off-road racing event that these people are here to see: 425 miles of screaming trucks kicking up sand to the delight of thousands of spectators. The race started life in 1971, and now features well over 300 competitors fighting their way through the desert with the help of support teams in pits and helicopters. It’s a spectacle.

Sounds peaceful, doesn’t it, sitting on an inflatable piece of rubber and floating lazily down a river? Yeah, not the way we do it. Imagine a floating party with 8000 other people, on a current of clear blue water, surrounded by boats and music, favorite drinks and beautiful people? That’s how we know summer has arrived in Parker. The Tube Float is now a bigger weekend than Memorial, Labor and the Fourth. 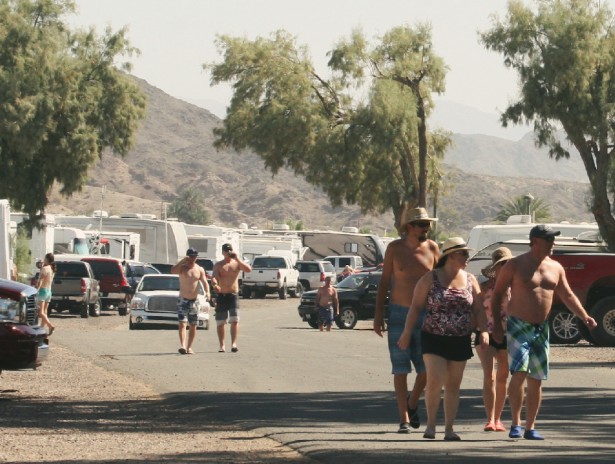 One of the greatest things about Parker is the steady revolving door of fresh visitors that make up huge percentages of our actual population at any given time. Living in a resort community makes it very likely that our friends who live all over the place will be stopping by to visit. They may even overlap with each other! In winter time, the visitors include the thousands of snowbirds who spend lengthy periods of time here, with silvery hair flowing and RVs everywhere. In summer, there are more weekend warriors than permanent residents at times, towing boats and watercraft and joining the ranks of the board shorts and bikini clad. Whether it’s people here for a particular event, or to get out of cold states for a few months, or for a summer weekend, or to meet up with friends or family here, there’s no doubt: Parker’s visitors make it what it is. 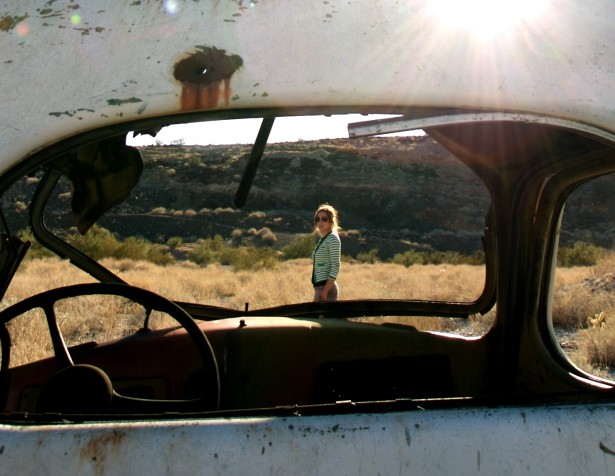 Surrounded on all sides by thousands of square miles of public lands, Parker is in love with desert recreation. If it has gnarly tires and an engine, we’re all up in it: ATVs, UTVs, dirt bikes, rails, dune buggies, Jeeps, modified golf carts, trucks. We like to run, walk and cycle through the desert too: the Desert Dash takes place in February. You’ll see lots of people exploring old mines and ghost towns, geocaching, camping, hiking and shooting in the winter months. Speaking of shooting, we also love our guns, and the Arizona laws are pretty helpful in that regard. Our desert is open and mostly free to people who respect it. And finally, of course: 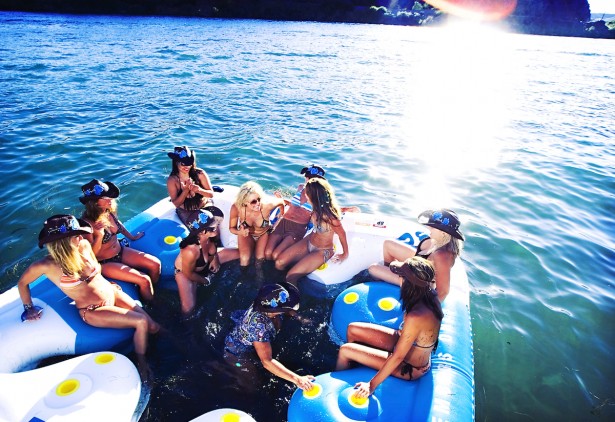 Obvious, right? The Colorado River is the main reason many of us are here. It’s simple, really: clear blue water, sandy beaches, palm trees. Those with riverfront property are the luckiest ones, but there’s easy access for everyone at public launch ramps, parks and resorts. The watersports are big, of course: waterskiing, wakeboarding, wake surfing, tubing, air-chair, jetskiing, parasailing, stand-up paddleboarding and, now, aqua flyboarding. But many of those on the river are just chillin’. Nothing beats floating on a pontoon, or sitting back with the wind in your hair in a performance boat, or idling up to a bar’s dock to grab a cold one. And for those without watercraft, it’s easy to plunk a deckchair down on the sand and grill something delicious at the water’s edge. This is the essence of the Parker summer.