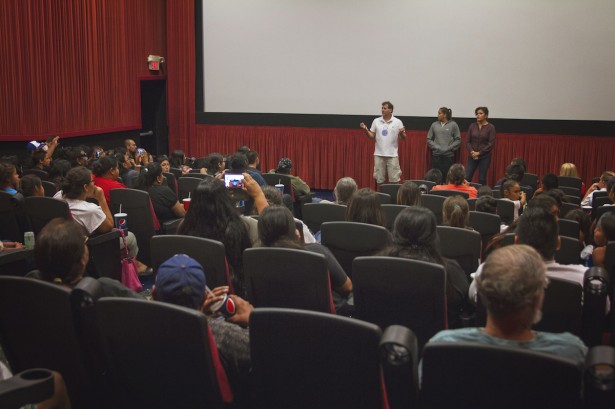 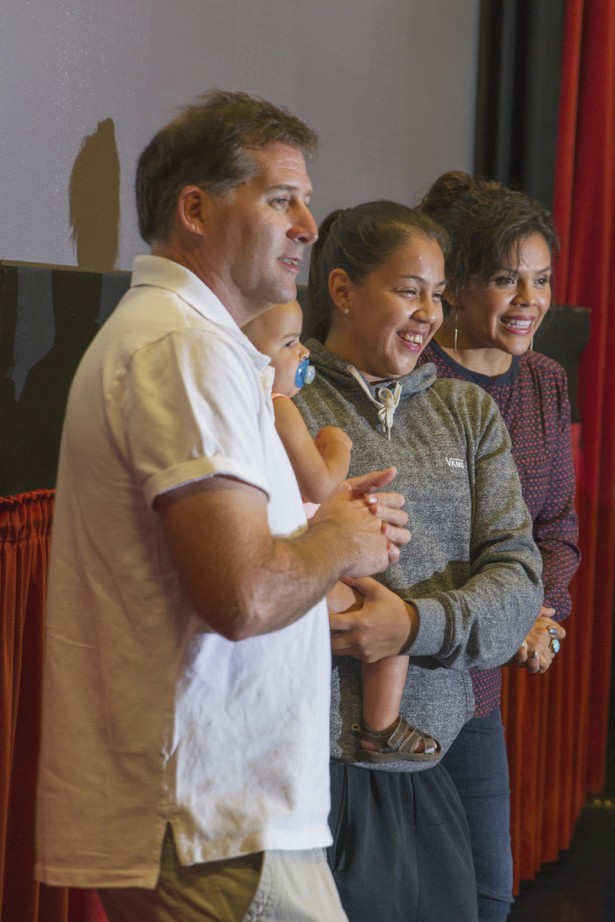 Schimmel, a noted Native American sportsperson, had an enthusiastic reception wherever she went, with Parker community kids swarming her at every appearance and some extra security requirements being discussed for her trip.

A documentary film featuring Schimmel, Off The Rez, was screened at BlueWater Cinemas Thursday night, with two packed theaters and a Q&A session in both after the movie. She was accompanied by her parents, who also featured in the film and answered questions from the audience about sports, fame and parenting.

After achieving notoriety in high school, Schimmel’s journey to earn an NCAA scholarship continued as she was selected to the 2010 Women’s Basketball Coaches Association High School Coaches’ All-America Team. As a junior at Louisville in 2012–13, she led the team to the championship game of the 2013 Tournament. As a senior she led the team in scoring with an average of 17.1 points per game. Schimmel also represented the United States in Russia last year, before being selected in Round One of the 2014 WNBA Draft by the Atlanta Dream and going on to star as the All-Star Game’s Most Valuable Player in Phoenix in July.

“Huge thank you to the Colorado River Tribes! It has been eventful & fun! Until next time ♥️ #ILoveMyPeople #Hutcha #Aho”, Schimmel tweeted as she left the Parker area.

Trailer: Off The Rez