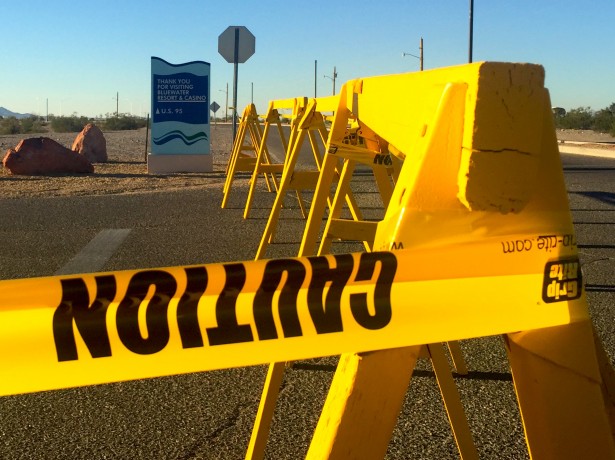 An armed robbery occurred at BlueWater Resort & Casino at 3:51 a.m. Wednesday. Police arrested the suspect without incident less than half an hour later, at 4:18 a.m. and recovered the stolen money.

“Nothing is more important than the safety of patrons and the security of the facility. CRIT Police acted quickly and professionally to apprehend the suspect and no-one was hurt,” Ponce said. “CRIT Police are working with the FBI to investigate this crime. The La Paz County Sheriff’s Department and Parker Police Department assisted in the response and apprehension.”

The robbery set off a firestorm of speculation on social media, including rumors about a fatal vehicle accident which appear to be unrelated to the incident at the casino. Parker Live will have a separate article about that incident later today.

The resort was briefly evacuated immediately following the robbery, and is now open again with business activities resuming as normal.