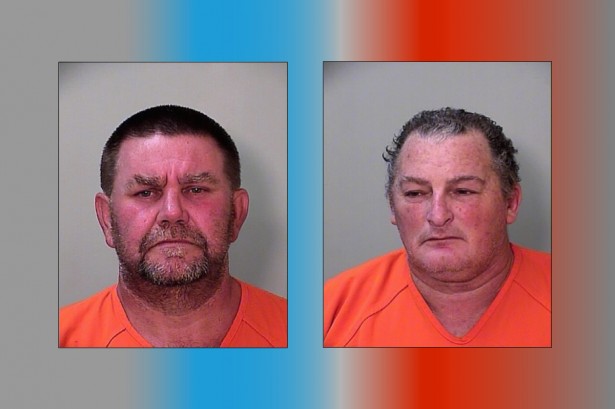 Two people have been arrested for arson and booked into the La Paz County Detention Facility in Parker. Stacy Satzman and John Fullilove are the two primary suspects for a fire at the Betty Hunter Realty Office in Bouse, AZ.

On September 4th 2014 at approximately 5:11 am, the La Paz County Sheriff’s Office and the Bouse Fire Department were dispatched to a structure fire at the Betty Hunter Realty Office in Bouse, AZ.

“Initially, Sheriff’s arson investigators had very little evidence or information to work with in order to determine the origin of the fire,” says a press release.

“After weeks of follow up investigation(s) which included interviews, forensic video analysis and an undercover cooperative effort with the Task Force Detectives, the Sheriff’s Office Investigative Unit identified two primary suspects who were suspected of ‘Conspiracy to Commit Arson’ and ‘Arson of a Structure’.”

Both Satzman and Fullilove were arrested Wednesday and booked into the jail at around 1 pm.