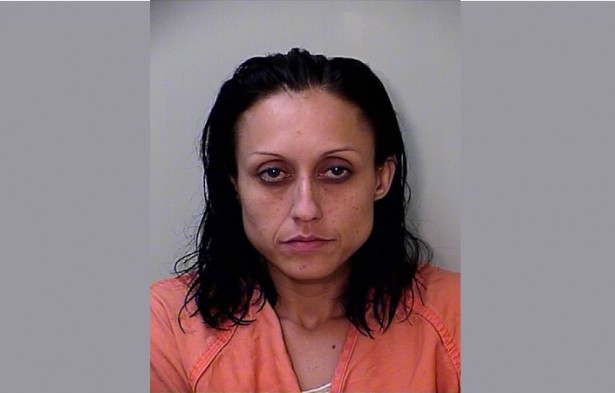 On April 22nd 2015 at 9:50 pm, Ruth Bartley was arrested for Transportation of Dangerous Drugs for Sale.

The La Paz County Task Force has been looking into allegations that a female by the name of Ruth Bartley has been selling large quantities of methamphetamine on the CRIT Reservation and within the Town of Parker. According to some sources, Bartley was considered one of the “bigger dealers” in the Parker area.

The Task Force was able to surveille Bartley for a period of time until they felt she may be in the process of making a delivery, according to La Paz County Sheriff’s Office. At approximately 9:50 pm, they used a Patrol K-9 Officer from the CRIT Police Department and say they found Bartley to be in possession of over a quarter of a pound of methamphetamine for sale.

Bartley is currently being held at the La Paz County Detention Facility for Possession of Dangerous Drugs for Sale on a $40,000 bond.

“The La Paz County Task Force asks that you please remember that everyone is innocent until proven guilty,” a press release says. “If you have information regarding any illegal activity please contact your local Law Enforcement Agency or you can call the Task Force directly at (928) 669-9645. You can also email information anonymously at lapazsheriff.org.”