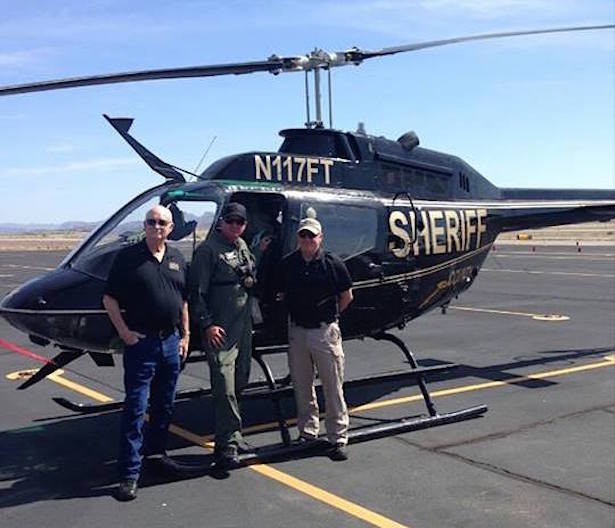 The La Paz County Sheriff’s Office has recently added some new programs to its law enforcement efforts, which include a new helicopter program and K-9 unit.

According to statements by Sheriff’s Lieutenant Curt Bagby, the helicopter program depends on R.I.C.O funds (“Racketeer Influenced and Corrupt Organizations”), the process of using money seized from organized crime operations to aid in enforcement efforts.

“La Paz County has a tax base of approximately 25,000 people and a visitation influx of close to one million summer/winter visitors,” Bagby said. “This high demand with minimal County revenue is a difficult balance for the Sheriff’s Office to manage.”

Bagby added that the helicopter was afforded to the Sheriff’s Office through a federal surplus program with no cost to La Paz County.

“The pilot is Lieutenant D. Schlecht, who is already a certified helicopter pilot and salaried employee of the Sheriff’s Office. All of the expenses associated with the helicopter, including, fuel, maintenance, insurance, etc. is financed by the Sheriff’s Office Task Force R.I.C.O. account,” Bagby said.

The helicopter was used at the Parker Tube Float last Saturday in a safety capacity, with the added benefit of providing necessary training hours to Schlecht’s record for insurance purposes. 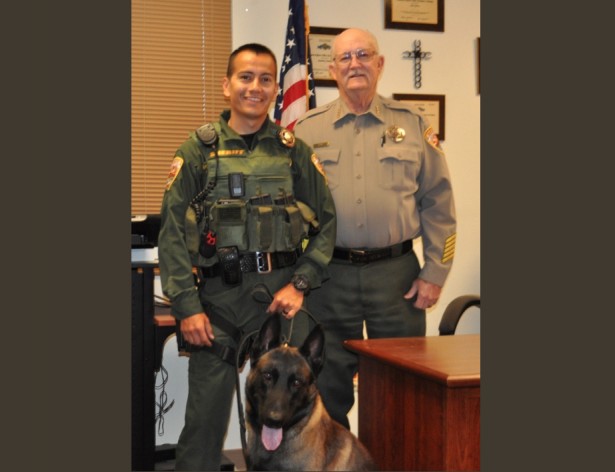 A new K-9 team was also added recently, comprising Deputy Josh Banuelos and his partner Max. Deputy Banuelos has been a certified peace officer for 3 years. Max is a two and a half year-old Belgium Malinois who has been trained for drug/narcotic detection and officer safety. The duo completed their training and passed the certification test on May 2nd.

Banuelos and Max are the Sheriff’s Office’s second K-9 unit, the first operating at the La Paz County Detention Facility. The primary goal of the new unit will be support and drug interdiction along Interstate 10 and State Route 95.