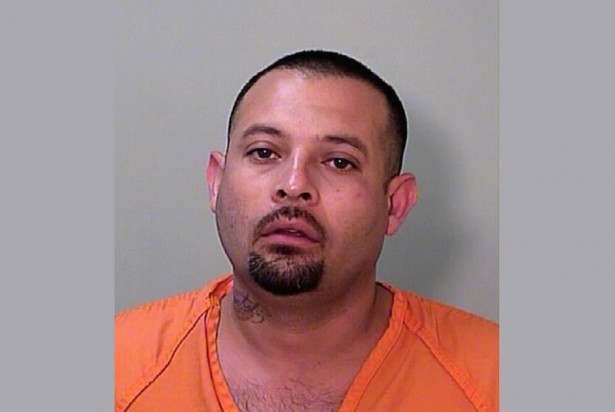 A prisoner at the La Paz County Detention Facility got out of control, attempted to escape and assaulted officers in a 10-minute struggle on Thursday last week, according to the Sheriff’s Department.

On June 11th 2015, at approximately 10:10pm, Juan Gonzalez was being held in a ‘holding cell’ within the booking area of the jail on previous charges. When the detention staff opened the door to his holding cell, Gonzalez allegedly forced his way out and physically assaulted the two officers in the booking area.

During the assault on the officers, one of them was able to deploy his Taser, striking Gonzalez in the chest/abdomen area. Due to Gonzalez’s agitated state, the Taser did not appear to have an effect on Gonzalez. He was reportedly able to break the Taser wires and retreat behind the booking desk. While temporarily evading officers, police say Gonzalez was attempting to push as many buttons as possible in an attempt to open the doors leading out of the facility. Fortunately, due to the intricacy of the system, Gonzalez was unable to hit the correct sequence of buttons to disengage the doors.

A patrol sergeant then entered the booking area and again deployed a Taser in an effort to subdue Gonzalez. Again, Gonzalez reportedly broke the wires and was able to avoid the effect of the Taser.

After an approximate 10-minute struggle with Gonzalez, patrol officers from the La Paz County Sheriff’s Office and the Parker Police Department entered the booking area and took Gonzalez into custody, according to the Sheriff’s Office.

During the course of this incident, Gonzalez allegedly damaged approximately $1,500 worth of property within the facility and caused minor injuries to two officers. He has been placed into a ‘lockdown’ status and has a $50,000 bond added to his previous charges.

“It should be noted that not all of the information associated with this case has been released due to the fact that it is currently under investigation,” said Sheriff’s Lieutenant Curt Bagby. “The Sheriff’s Office would like to remind you that everyone is innocent until proven guilty.”