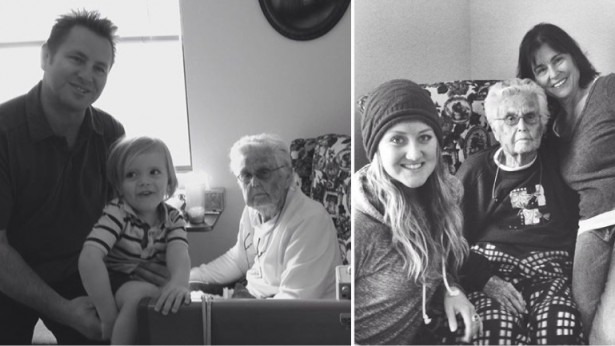 “A Parker legend is no more. Yesterday Ellen Elise Dick (Fuqua), known better as Aunt Billie to thousands, passed on. She went peacefully in the end after being in a coma for the last several days. Ellen E. Dick was born in Parker, AZ in the upstairs bedroom that she occupied for many years after both her Mother and Father passed away.

She was delivered by the only doctor in the area at the time, a woman who worked for IHS. Billie was a contemporary of Marion Beaver. She was in one of the first few graduating classes of Parker High School and attended the University of Arizona and later Northern Arizona University as well. She had two children, Linda Simmons who passed away some ten years ago now, and Henry Frederick “Roby” Dick who resides near Prescott, Arizona with his wife Nell (formerly Brennan).

Billie had three grandchildren, Austen, Debbie and Grant. And she had many great grandchildren. But she also had so many other children she taught as young people who loved her dearly. She was gifted to have thousands of friends. She was born on September 20, 1916, and passed away at the age of 99 on June 23, 2015. She was definitely a one of a kind person. To know her was to love her. We in her family, but so many more as well, will miss her dearly.”