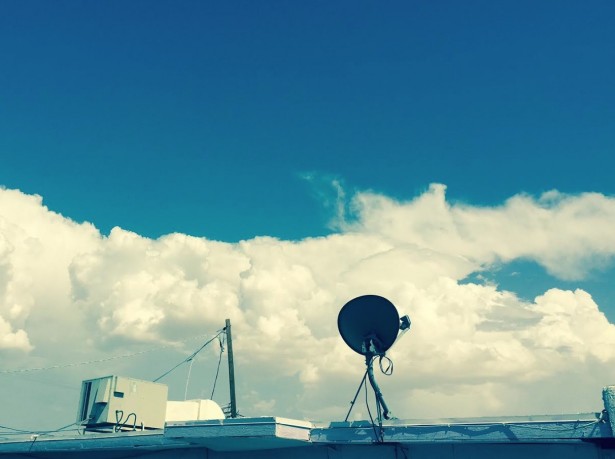 UPDATE 3:48pm – Highway 72 near Bouse, AZ is reportedly already closed after flash flooding across the desert.

One to two inches of rain are possible this weekend as more moisture moves into the Parker area and across the region. Clear skies in Parker gave way to dramatic cloud cover by early Friday afternoon, with wind picking up along the Colorado River.

The National Weather Service in Phoenix has issued a Flash Flood Watch for areas of southeastern California and western Arizona, starting this evening and continuing into the weekend. The weather system moving through the area is a result of several factors including Hurricane Delores, which is churning through the Pacific.

“Showers and thunderstorms will increase in coverage Friday afternoon through Saturday morning across the region,” said a NWS release. “The intermittent storms will produce heavy rainfall amounts, which may lead to flooding of urban areas and normally dry washes.”

As always, Parker Live advises caution while travelling around the Parker area in the rain, including avoiding driving into flooded washes and matching speed with visibility depth. 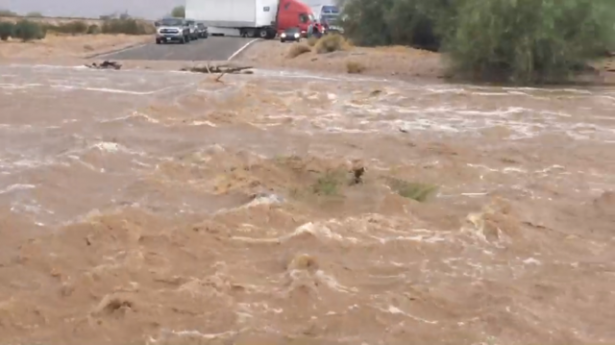 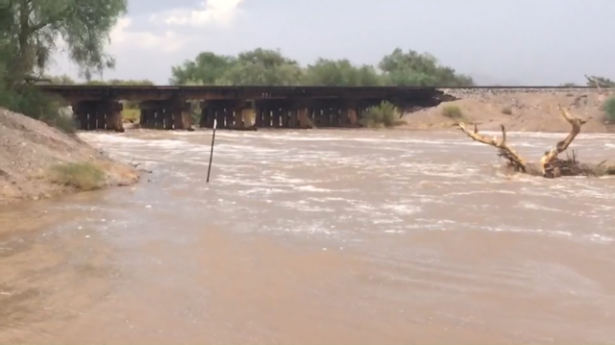