A woman who became a quadriplegic after being a passenger in a serious car accident which killed two people in 2011 has talked to Parker Live about her experience and her life in the years since. 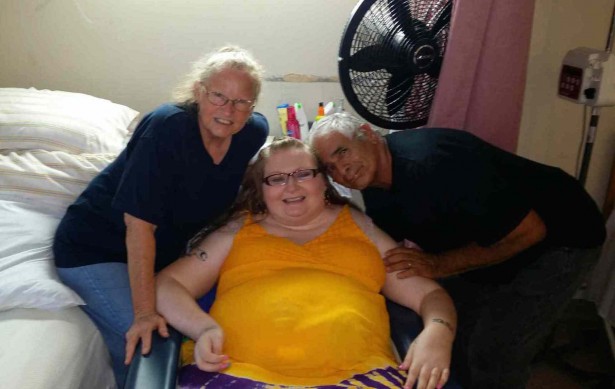 Samantha Owens, 32, was 28 years old at the time of the accident. She had just gotten off work at 10 p.m. on October 6th, 2011, a Thursday night. She was spending time with some friends, who included Brian Babcock, 24, and Kayla Conway, 20. Also present was her friend’s boyfriend, Benjamin Brodie, 20, who Samantha says she didn’t know very well at the time.

At around 11:30 p.m. Samantha wanted to leave the apartment where they were, and the friends decided to get a ride with Brodie.

“I had been drinking already, so I couldn’t drive to the house,” Samantha told Parker Live in a phone interview. “So I got in the back of the car with Brian, and Kayla got in the front and her boyfriend [Brodie] was driving. I told him, ‘Take me back to the house, I’ll give you $5.'”

At first, it was like any other night, with a stop at a gas station in the 1990 2-door Mitsubishi Eclipse Brodie was driving. But he apparently wanted a joyride.

“I was talking to Brian in the back seat, and I thought we were going back to the house. The next thing I knew we were on a dirt road.”

Samantha says she found herself hurtling down Shea Road, with Brodie hitting a high rate of speed.

Brodie did turn the car around, but they didn’t make it back to town. Instead, he sped up again in the opposite direction, careening at high speeds westbound down Shea Road’s primitive surface. What happened next was terrifying, and fatal.

“We hit like a bump or divider or something and flew 50 feet in the air. My friend Kayla, her seat snapped in half. She was killed. Brian hit the roof, it snapped his neck and he died instantly.” 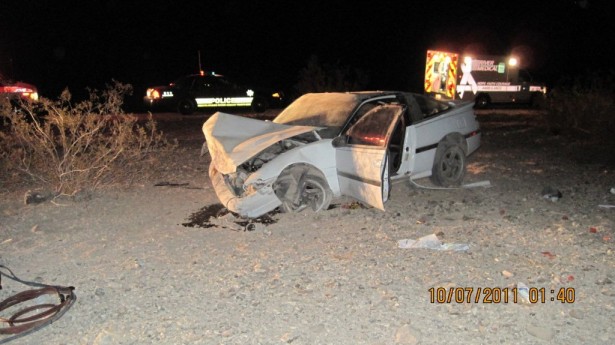 As Samantha lay in the back seat seriously injured, Brodie fumbled for his phone and managed to call 911. When emergency services arrived, they declared Kayla and Brian deceased at the scene and carefully extricated Samantha and Brodie from the car and provided medical treatment. They were subsequently transported by air to Saint Joseph’s Hospital in Phoenix.

It turns out Brodie had been in trouble often, almost from the moment he was of legal driving age. He was stopped for speeding multiple times, driving on a suspended license and driving without insurance. He was drunk the night Samantha, Kayla and Brian got into the car with him.

“When they pulled him out of the car, he told the ambulance people that he was a bad-ass driver,” Samantha added.

Brodie was later found guilty of two counts of reckless manslaughter and one count of aggravated assault, along with underage consumption of alcohol.

Samantha, who says she wasn’t wearing a seat belt, suffered a C5 fracture of the spine and will be confined to a wheelchair for the rest of her life.

“They said I wasn’t going to be able to move anything except my shoulders, ever,” Samantha said. “And they said they weren’t even sure if I’d be able to do that. But now I can move my arms, just not my head.”

After moving around a bit, Samantha now lives in Glendora, CA. Her three children are 12, 9 and 8. She says they were her motivation for exercising her arms and getting stronger, physically and emotionally.

“For about a year I was really bad, depressed, but after that I was like, okay, I can either die in my own misery or start thinking about things that are actually in my life right now, and help my kids with their school, and that sort of thing. The accident took a toll on me, but it didn’t kill me. Why live as though I’m dying?” 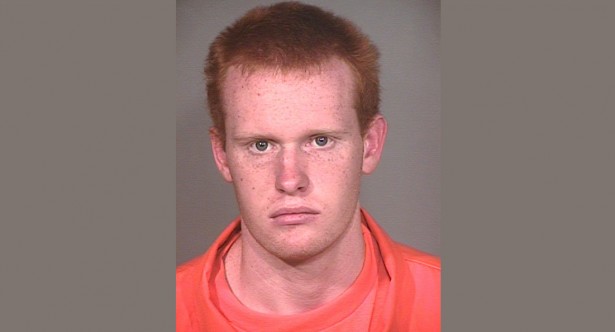 Benjamin Brodie is now Inmate #272000 at the Arizona Department of Corrections after he was sentenced to 10.5 years in prison in 2012. Earlier this year he was found guilty of infractions including possessing/manufacturing an intoxicating substance and assault on another inmate.

“I’ve forgiven him,” Samantha said, “but I’ll never forget what happened. I have friends that are great, and my family come and visit me a lot, I have a lot of support now.”

As Samantha has had to adapt to a life without the use of much of her body, the families and loved ones of Brian Babcock and Kayla Conway have had to try to adapt to life without them at all, after their lives were cut tragically short in this incident.

The lessons Samantha has learned from this defining incident in her life have left her with this advice for everyone else:

“Make sure you know the person you’re getting in the car with. Don’t get in a car with somebody you don’t know very well, or if they’ve had even one beer, don’t take the risk. If I could have figured out another means to go to the house that night, I would have. And always wear your seat belt.”