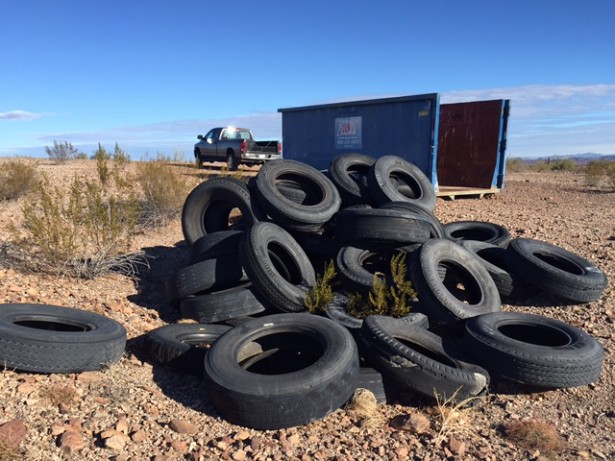 Members of the Bouse Ghost Riders and Parker 4-Wheelers off-road clubs have cleaned up a pile of used truck tires that had been dumped near Bouse on public lands.

J.C. Sanders, President of the Bouse Ghost Riders OHV club, says he and a member of the club, Ron Riffe, identified a large pile of used truck tires that had been dumped on BLM land (federal Bureau of Land Management). The Ghost Riders invited the Parker 4-Wheelers to join them to remove the tires. BLM made arrangements and paid to have a roll-off dumpster delivered from the La Paz County landfill for the clean-up.

On Saturday, January 9th, fifteen members from the two clubs met at the tire site and had the tires loaded in less than thirty minutes thanks to the county driver who placed the roll-off so close that the tires could be rolled directly into it from the pile.

The tire clean-up went so quickly, Ron Riffe suggested that we also remove an abandoned boat that had also been dumped on BLM land nearby. Harley Kruidof, a member of the Parker 4 Wheelers, brought a trailer to the boat site and the group loaded it for later disposal.

“A special thank you to everyone involved for your efforts to keep the desert clean,” said Sanders. 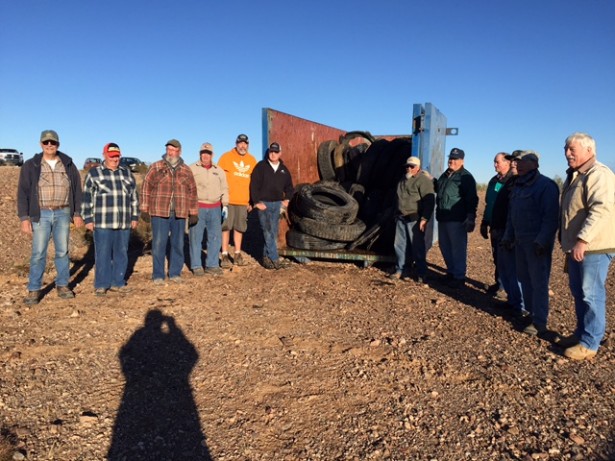 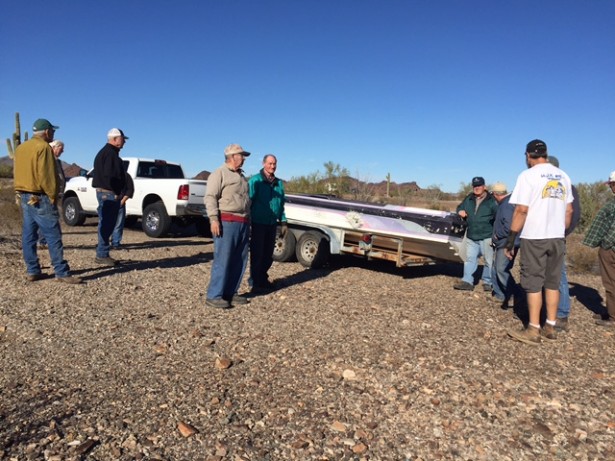