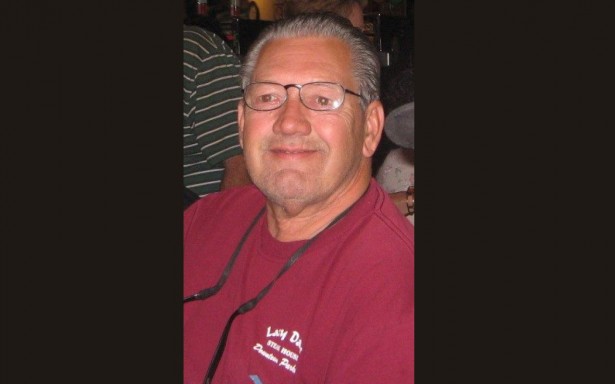 A well-known local man will be remembered by the Parker area community on Saturday, January 30th. Art Hamilton, who opened and ran Dollar Daze, Lazy Daze Steak House and Discount Daze years ago, passed away in September at 68 years old. The husband of current Parker Chamber Director Mary Hamilton, Art was a fixture in the Parker area for many years.

‘Last Call’ is scheduled for January 30th, 2016 from 12pm to 3pm at Dumas Walker in Big River. The Official Memorial Toast will happen at 1pm. Art loved potlucks and buffets, so the event is a potluck – bring a dish! In lieu of flowers or other gifts, please make a donation to ARF (Animal Relief Fund) in Art’s name. ARF will be at Dumas Walker from 10am till noon on January 30th.

As a young boy, Art and his mother, Yvonne Hope Birdsong, traveled from New York to Florida to Phoenix and on to San Diego in an old car in which they slept on their way across country. When he was eleven years old, he saved a young boy from drowning at a local swimming hole and made the newspaper.

Art served in the Army National Guard from September 1965 – September 1971 as a Senior Track Vehicle Mechanic and was awarded the Sharpshooter badges on M14 and M1 Rifles.

It was in 1964 at the Naval Training Center in San Diego that Art began his career as an ambitious young man stocking shelves by day and attending the University of California by night. In just two years, Art rose to Assistant Manager at the Naval Training Center Service Station. Art worked at three Navy Exchange locations in the San Diego area, took over operations at NAS Imperial Beach before going to Subic Bay, Philippines to fulfill the General Manager position for the service station with more than 100 employees. Art truly had an illustrious career with the Exchange and was somewhat of a trouble-shooter when it came to overall operations of the Navy Exchange locations. He was stationed in Yokosuka, Japan; Subic Bay, Philippine; San Diego, CA; and his last assignment was the Naval Station in Long Beach, CA.

He received countless commendations from Officers in Charge of the base operations for his exemplary performances in Subic Bay, Yokosuka and finally in Long Beach. His commendations included increased sales, customer service excellence and overall expertise in full operations in the Navy Exchange Retail System.

Art retired in 1994 from the Department of Defense Navy Exchange Retail System and moved to the Victorville, CA area. He said there were two things that he wanted to do when he retired: sell (used) cars and drive a big-rig truck. So, he went to work selling cars for Victorville Motors. He had always had a love for the “River” and eventually moved to River Shore Estates on the Parker Strip in 1996. He worked for “The Corral” in Lake Havasu selling cars for several years. Then he met Mary.

Mary moved to the Parker Area with Art and from there the fun really began! Art had gone to school to drive a truck and sold cars. Now, he was bored. He said, “This town needs a dollar store!” So Dollar Daze of Parker was the brain child of this retail genius. The store was located in Downtown Parker and brought other businesses to the area. The store was very successful and not long after that, a friend challenged Art to turn the old theater into a restaurant. So, he did. Lazy Daze Steak House was located right next-door to Dollar Daze and keeping with the theme of being Dazed was becoming “a thing.” The food was great! The menu simple and it was an exhibition kitchen where everything was made right out in the open. Then, another friend asked for help setting up a brand new store on the corner of Arizona and California Avenues. Ta-Da! Discount Daze was born.

In 2005, Art’s mom passed away and he wanted to look for another adventure. So, he and Mary sold everything and moved to Arkansas. He told Mary that “One day we’ll drive down a street and we’ll know that’s where we belong.” They had a beautiful home on 11 acres right on Lake Table Rock.

After 1-1/2 years Mary came home from work one day and Art said, “I’m bored. I miss our family and friends. Let’s go back to Parker!” So they did. Upon returning to the area, Art went to work for RGM Motors in Lake Havasu, Spanky’s RV & Marine and then on to Bradley Chevrolet. He retired again in April 2015.

Art was a lover of life and had a tremendous sense of humor! He loved music, his friends and family and made an impact on everyone he met. He was a good human being and will be missed greatly.