Silva sentenced to life in prison for murder of accomplice

UPDATED Feb 18 with quotes from the County Attorney 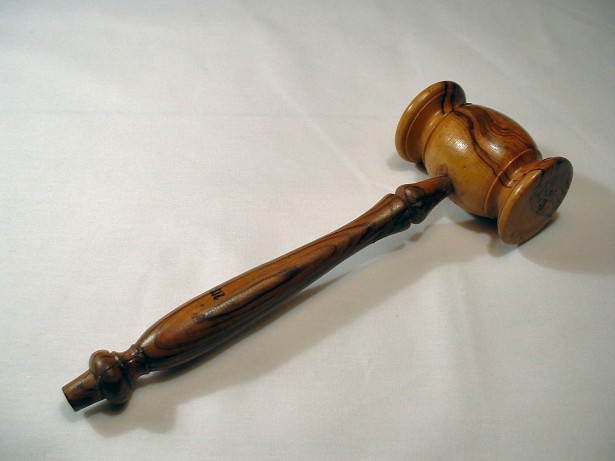 Victor Silva, convicted in late December of the first-degree murder of his accomplice, has received a sentence of life in prison with a minimum of 34 years in La Paz County Superior Court.

Judge Samuel Vederman talked mitigating and aggravating factors during the sentencing proceeding, which considered such factors as Silva’s drug use at the time, his claim that he was under the duress of his accomplice, the claim of family members that these actions were out of character for him, fines and restitution.

Ultimately the sentence is life in prison for first-degree murder with a minimum of 25 calendar years, 4.5 years for conspiracy to commit drive-by shooting, 4.5 years running consecutively for theft, and 1 year for unlawful flight. He was also given some credit for time served; almost a year spent in La Paz County custody.

“When a death occurs in La Paz County as a result of criminal acts, the person responsible must be held accountable,” said County Attorney Tony Rogers. “Many lives were put at risk during the 100-mile pursuit from Coachella, CA to Ehrenberg, AZ. Motorists were endangered not only by the pursuit which reached speeds of 130 miles per hour, but also by Hill actively shooting at other vehicles. Silva explained in an interview that they shot at big rigs in hopes of turning one over so they could get away.”

Silva will serve a minimum of 32.5 years before being eligible to be released for ‘good time credit’ according to Rogers, which – with time already served – means the earliest he can be released is 2047, and the decision will be made by the parole board.

He will likely be extradited to Northern California authorities who have pending murder charges there stemming from the same sequence of events which sprawled through California into Arizona last February. The central allegation is that he murdered an elderly woman in the farmhouse she grew up in during a burglary, charges that authorities there will try to prove in due course.

“There’s also an immigration hold on Silva who is a citizen of Brazil,” added Rogers.

Speaking on KLPZ 1380am Wednesday morning, Detective Steven Draper said he believes justice was served. Draper had been involved in the case from the beginning, arriving on the scene about an hour after the shooting. Draper led the investigation, which was overseen by Sheriff’s Lieutenant Curt Bagby and prosecuted by Karen Hobbs at the La Paz County Attorney’s Office.

Hobbs also feels justice has been done, according to Rogers. “She expresses gratitude to law enforcement officers from nine agencies in two states who worked together on the investigation and assisted in the prosecution.”

For more details on the case, see HERE.