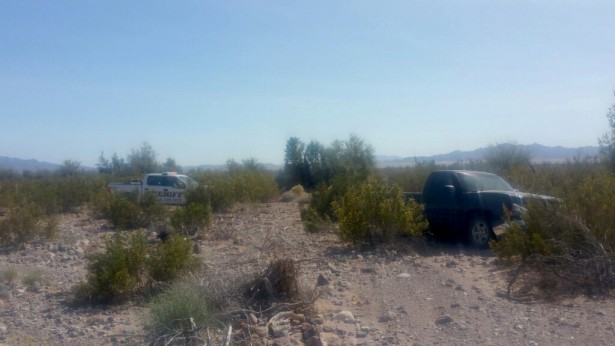 A police chase involving a stolen vehicle ended in the desert near Vidal Junction Monday afternoon.

The vehicle was reported stolen from a business upriver. La Paz County Sheriff’s Deputies recovered the vehicle and then the suspect reportedly fled when they tried to take him into custody. The chase took law enforcement through the town of Parker, where Parker Police Department assisted in the pursuit.

The chase continued across the bridge over the river into California and past Big River. Near Vidal Junction the suspect was reportedly pursued off-road for a mile or so before ditching the vehicle and jumping out on foot.

He was reportedly arrested and taken into custody by La Paz County Sheriff’s Department.