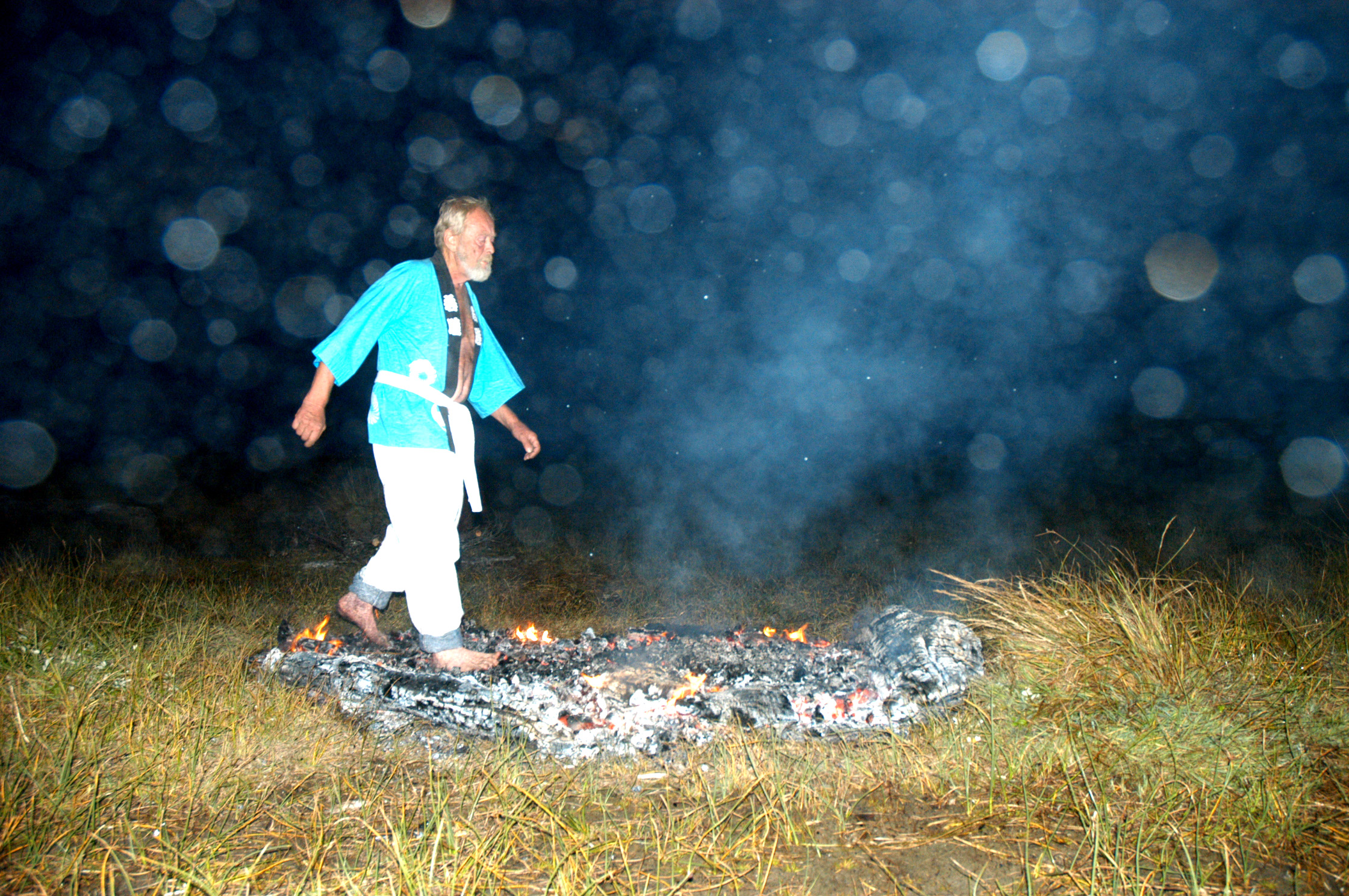 Near-death experiences, walking on burning coals, and beating depression. Just three facets that defined the life of Jim Jarvis, a local man who was best-known for his firewalking and who passed away on June 10th at the age of 73.

Jarvis lived a very full life, according to his son, also called Jim. Speaking from Washington state, Jim told Parker Live that his dad had died before several times. “I guess the third time was the charm,” he joked. “He lived a lot of life.”

The first near-death experience happened when Jarvis was shot by accident during his time in the U.S. Coastguard. A fellow recruit thought he was a bear.

“A bullet ripped into my side, splitting me open below my ribs,” Jarvis wrote later. “The bullet plunged through my stomach and lodged in my spine. I stood up. I looked down at my body and I thought, Gee, that was a funny way to die. I said my goodbyes to the world. There was no fear, no sense of pain, no terror, no anguish, just a sense of utter astonishment.”

He had an out-of-body experience before coming out of a 4-day coma and surviving the incident. But a second accident almost claimed his life several years later when Jarvis hit a bridge abutement at speeds in excess of 100 mph after experiencing a seizure. Jim told Parker Live that it was the defining moment of his dad’s life.

“He had a big accident when he was 33,” he said. “That’s when he died figuratively and literally. He was dead for over half an hour and in a coma for over 30 days. When he came out of the coma, he had to start over completely, he started a whole new life. He had no idea who I was, who my mother was, he couldn’t eat right, didn’t know English. I was 13 years old at the time.”

In Jarvis’s own words: “My memory was almost completely wiped out. I knew next to nothing. Almost every memory was gone. I spoke in syllables that were similar in sound to Chinese. I had to learn everything, including the English language over again from scratch. I didn’t recognize my wife, my children or my mother. I didn’t know anything. I was just like a 33-year old newborn baby. I learned what children were, and I became aware of what the word ‘grandfather’ meant. I was astounded to discover that I was a grandfather. I couldn’t remember ever being married or having children. I do remember being in a wheelchair. Then I learned to crawl, learned to walk and learned to eat again at the age of 33.”

In the years following that accident, Jarvis struggled with depression, immense fear and suicidal thoughts. After attending a firewalking seminar, he tried it, and discovered that it cured his fear.

“I firewalked four times the first night. I was so ecstatic that I forgot all about wanting to kill myself,” he wrote. “This continuing experience of firewalking has changed my life. I’ve never gone back to my old fearful ways of living. I can’t imagine where I’d be without it. Probably in a nuthouse or dead. I’m sure that without the firewalk, eventually the train would have come and run me over or I would have jumped off a bridge. My number would have been up a long time ago.”

Jarvis was a long-term resident of Bouse, AZ, 26 miles southeast of Parker, after moving with his mother, who lived in Quartzsite and then Bouse.

“He had huge happiness eventually,” Jim said. “He was so comfortable with himself and just enjoyed people and life. All of his beliefs weren’t based in reality, that’s for sure, but who cares? He lived a real life, and people remember the bright blue eyes, great big smile. He was in pain for years and years, but he was always happy.”

Jarvis claimed two world records for firewalking, the first for being one of eleven people to walk on the hottest fire ever recorded (1556 degrees) and the second for the longest firewalk on record (120 feet).