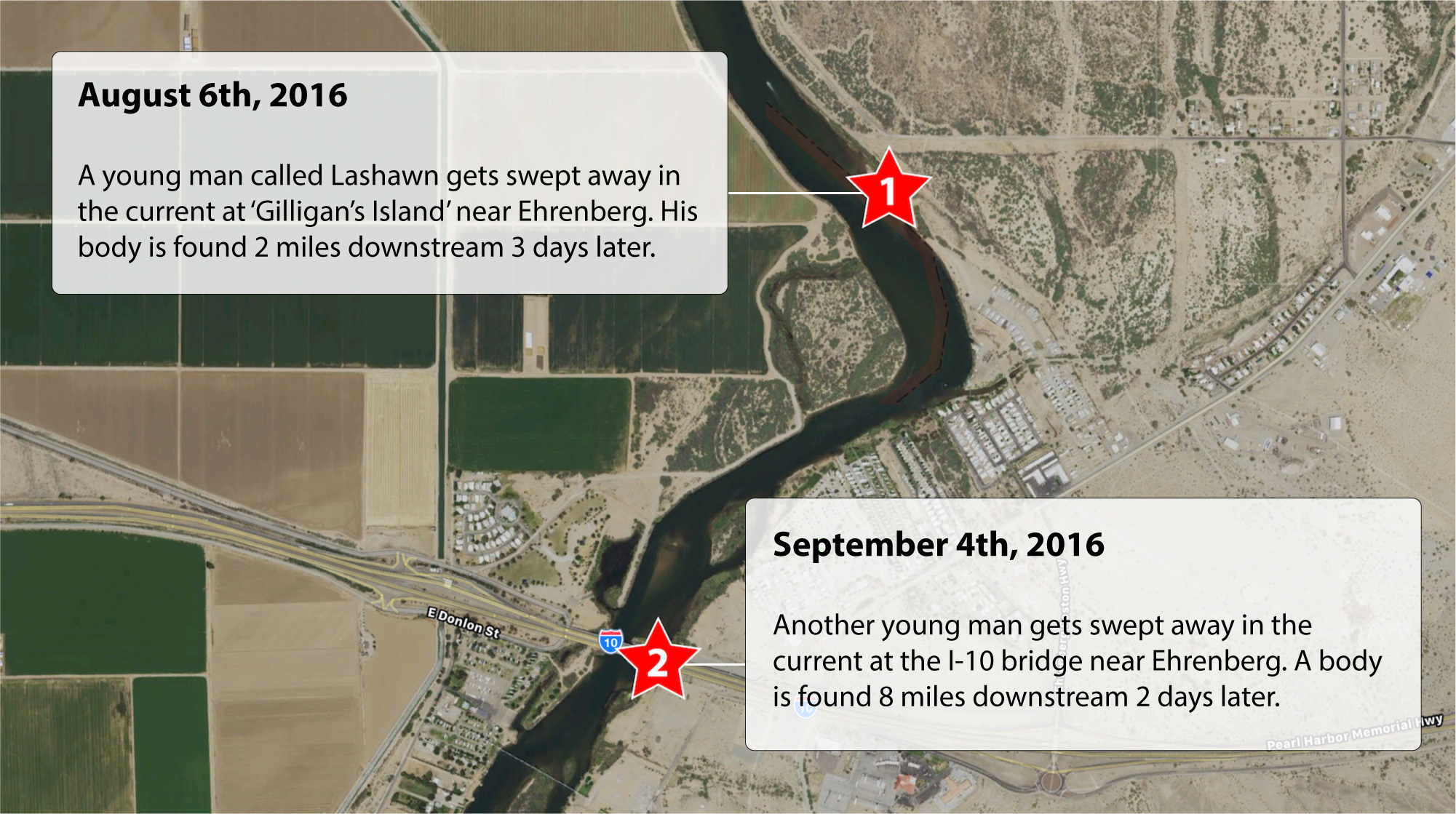 A second young man has drowned in the Ehrenberg area of the Colorado River in less than a month.

According to the La Paz County Sheriff’s Office, on Sunday evening a male subject was reportedly swimming with two of his friends under the Interstate 10 Bridge in Ehrenberg. According to witnesses, the subject lost his footing and was pulled into the current and was quickly immersed and swept away. Two friends who were swimming with him attempted a rescue, but the extreme current was too dangerous.

Early Tuesday morning a Hispanic male subject was found floating in the river near the McIntyre Park on the California side of the River approximately 8 miles south of the I-10 bridge.

The news follows the drowning of Lashawn Jamison, a young black man who was carried away by the river water in a very similar way not far north of this incident. Sheriff’s Lieutenant Curt Bagby said the currents in the area are strong and can be unpredictable, telling Parker Live that the rescue divers had trouble on both occasions staying safe themselves while searching the riverbed. Whirlpool effects, obstacles in the water such as trees, and a funneling effect caused by narrowing of the waterway in some sections all could contribute to a greater hazard for river users.

Parker Live asked Bagby if it may be time for one or more jurisdictions to post warning signs for swimmers in the area. He replied that it may be difficult to post signs that would cover the whole stretch in question, and added that there are ‘No trespassing’ signs under the I-10 bridge where this incident happened. However, Bagby did describe the area as “very dangerous”, saying, “There are several areas where the water is funneled into sections that look like underwater ravines. This causes the currents to be very strong and difficult for even experienced swimmers. Along with the fast currents, there is also a lot of debris which makes swimming and rescue efforts extremely hazardous.”

There wasn’t immediate confirmation that the body recovered downstream was definitely that of the male subject who disappeared at the bridge Sunday, and further information was restricted until identification and notification of next-of-kin was completed.