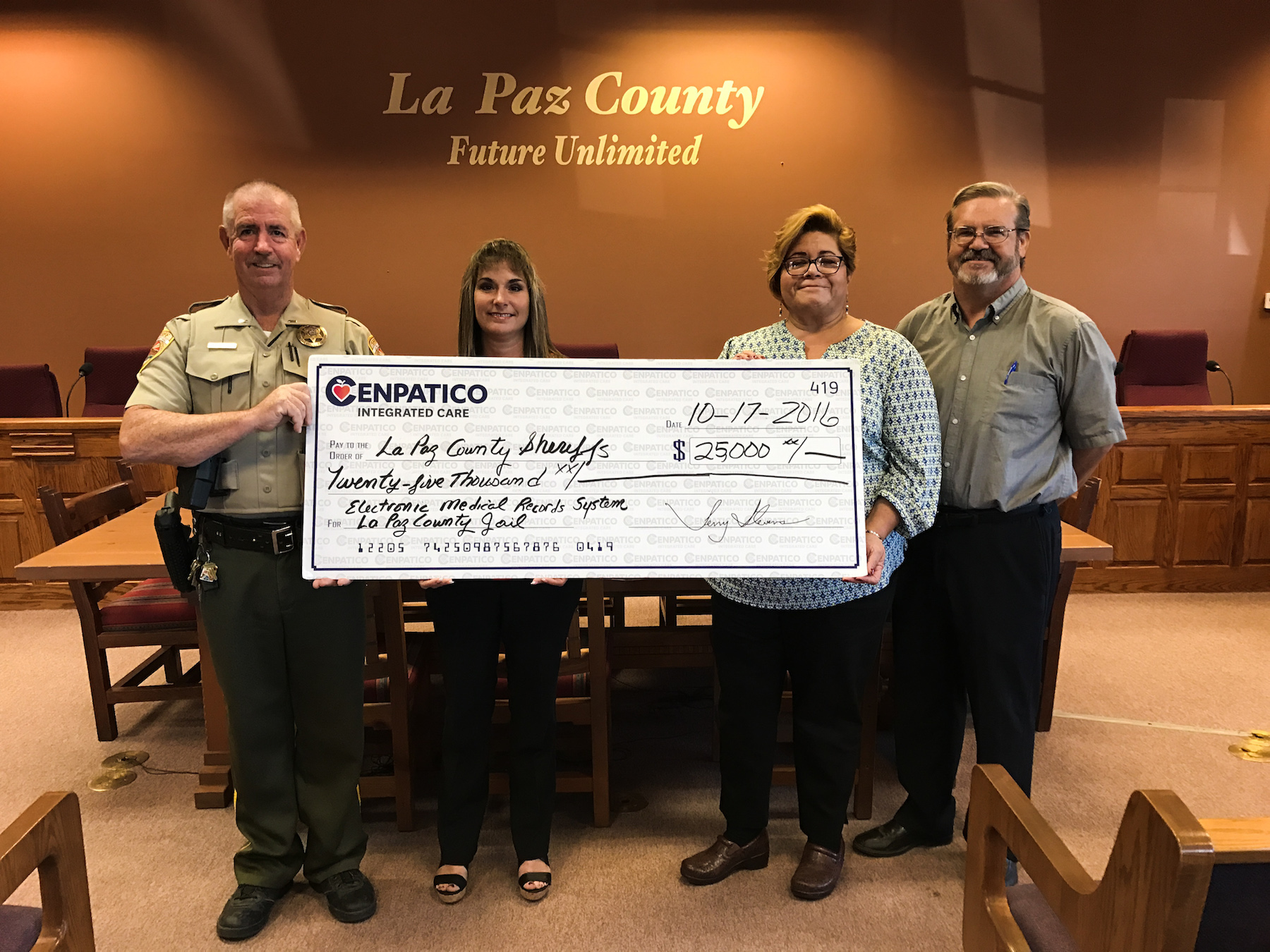 The first was to the La Paz County Sheriff’s Department for a new electronic medical records program to be implemented at the County Jail. The grant is for $25,000 and will cover the full costs of implementation plus a server to run the system on. Sheriff’s Lieutenant Richard Epps received the check with La Paz County District 3 Supervisor Holly Irwin and Community Resource Director Ken McFarland.

A third check was to La Paz County for its Parks Department in the amount of $11,406, to be used for age-friendly site preparation and fitness equipment at La Paz County Park. It was received by Park Manager Ray Townsend, La Paz County District 2 Supervisor King Clapperton, Community Resource Director Ken McFarland and others.

Cenpatico is the Regional Behavioral Authority (RBHA) for 8 counties in southern Arizona, serving La Paz, Cochise, Graham, Greenlee, Pinal, Pima, Yuma, and Santa Cruz counties. Every year, a percentage of its net profits are awarded back to community organizations who are interested in improving the lives of those living in their communities. 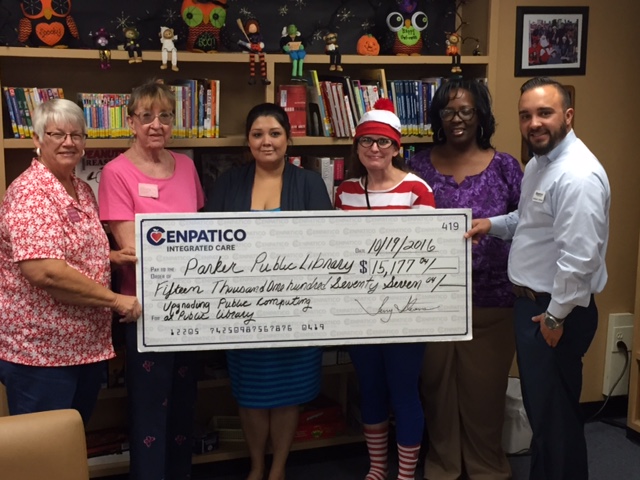 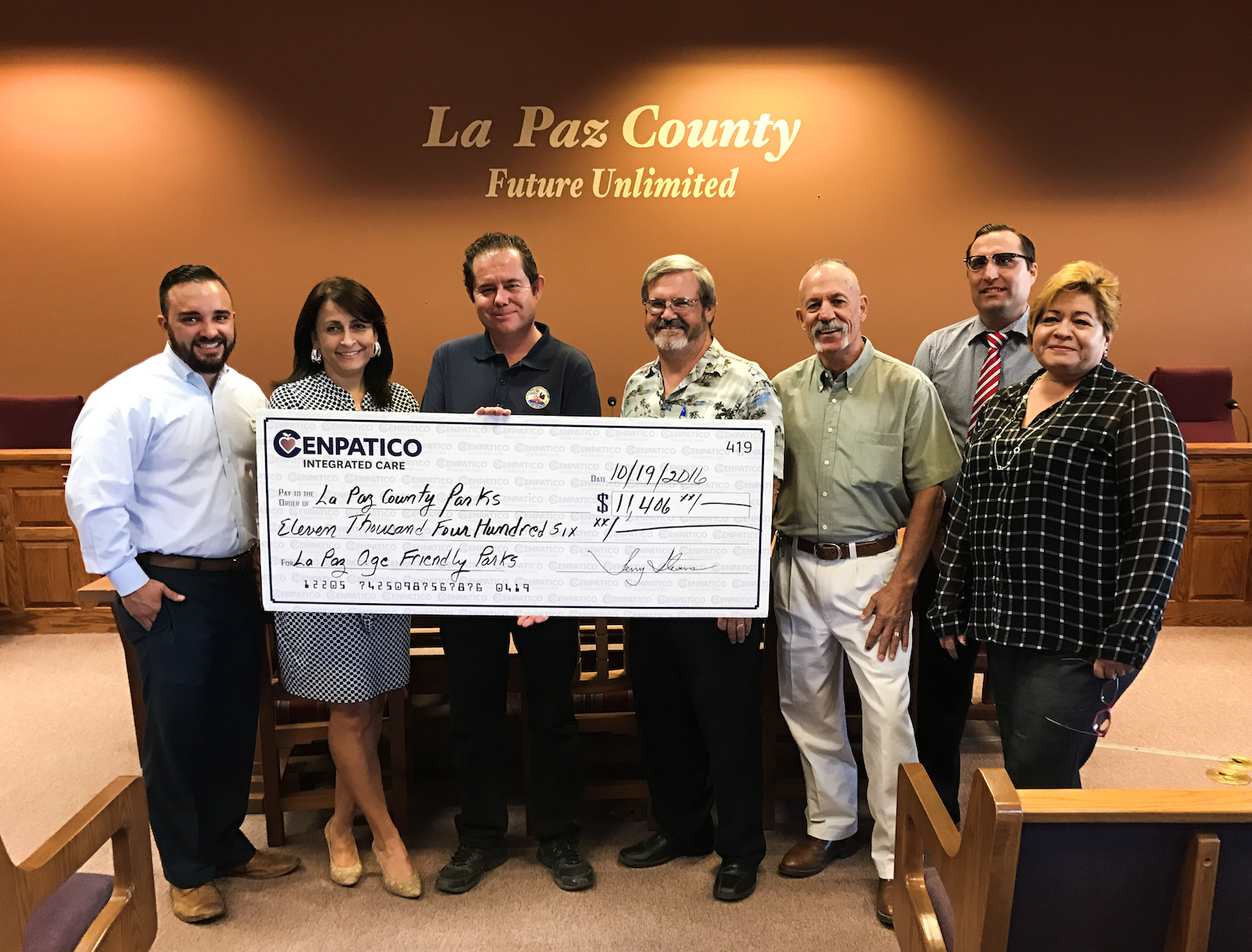