Deputy: “It was my first ever call for an emu!” 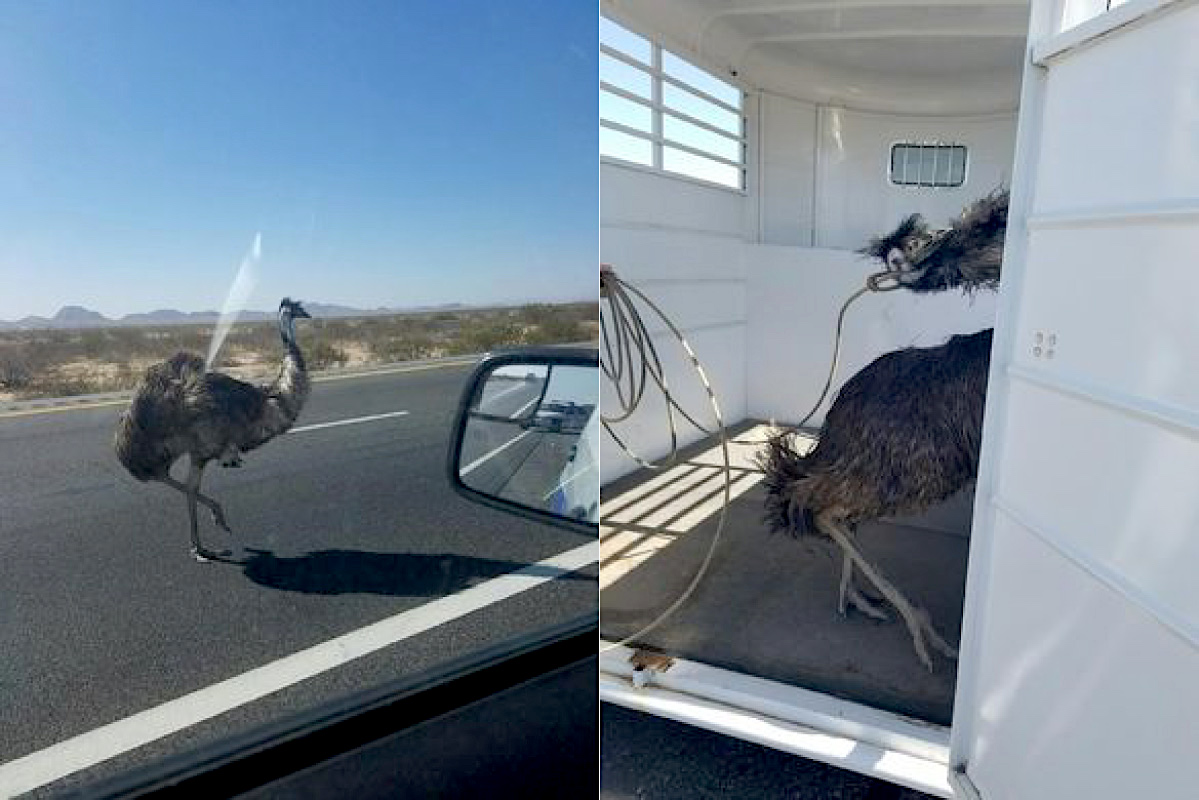 When you’re a sheriff’s deputy on patrol, you see lots of things. But there’s a first time for everything, and a call about an ‘ostrich’ is definitely a new one.

“Initially someone said they saw an ostrich off the Interstate,” Deputy Aviles told Parker Live. “I was in the Bouse area, so I had to drive over to the 10. It was around mile marker 63 to 64.”

The ostrich turned out to be an emu, and was walking around on the edge of the pavement on the stretch of I-10 that runs between Salome Road and Vicksburg Road on Friday morning. 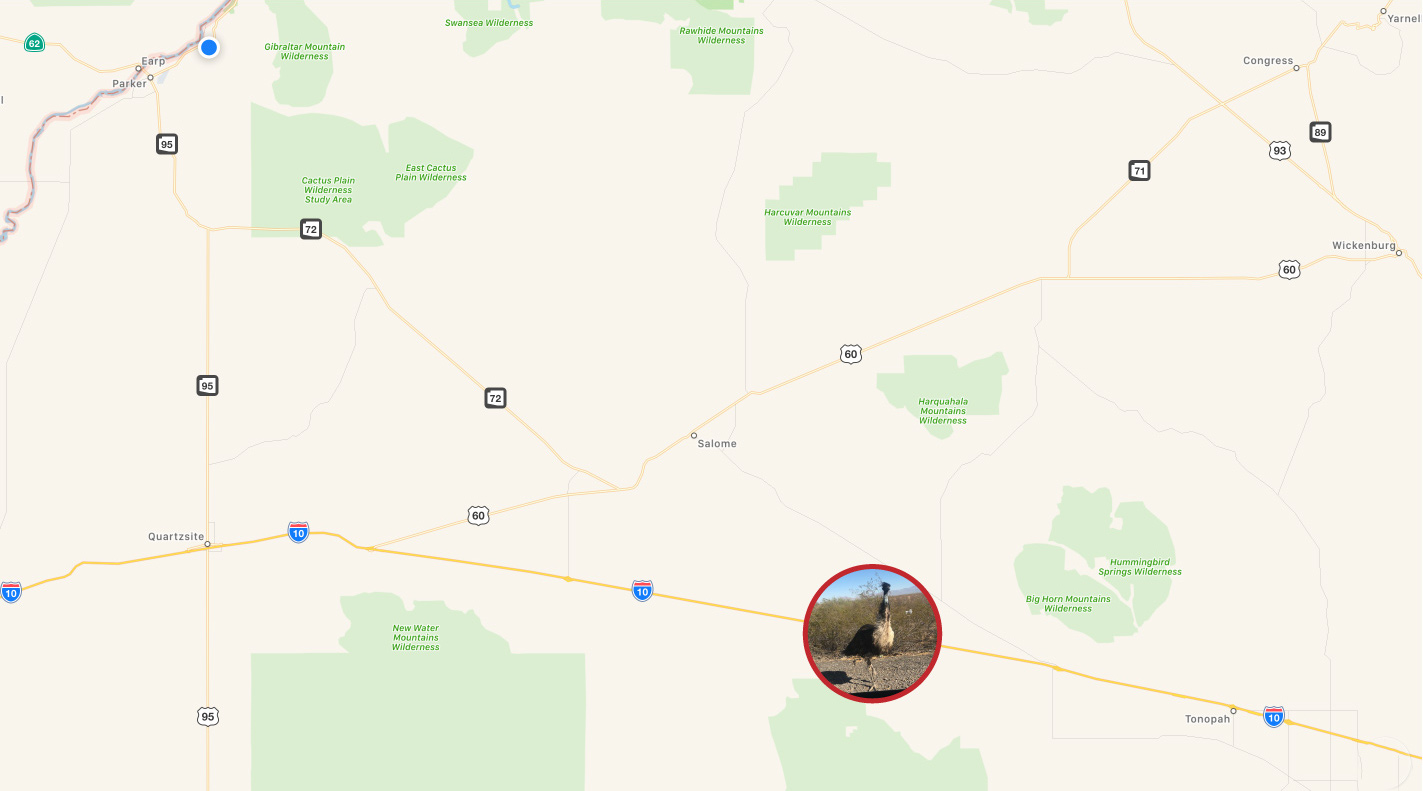 “The bird had jumped out on the road twice and it had walked off onto the eastbound side. When I arrived it was probably ten feet away from the actual roadway,” Aviles said.

When the deputy arrived, he says it immediately approached his vehicle. Aviles had to position his patrol vehicle in the emergency lane and reverse it to keep it between the emu and the road.

“My main concern was it jumping into traffic and causing a collision,” he said. “I tried not to startle it and waited till someone could come to get it.”

The bird pecked at the deputy’s window a few times, walking around on the desert side of the vehicle. Eventually the Arizona Department of Agriculture arrived with a trailer from the Phoenix area and, according to a Department of Public Safety spokesperson, “lassoed it” to get it safely on board.

Neither the Department of Agriculture or the Sheriff’s Department has apparently been able to find out where the emu came from, or why it would have been such a long way from anywhere. According to a Sheriff’s Facebook statement it will be in the custody of the State until the rightful owner is located.

“It was my first ever call for an emu!” said Aviles. 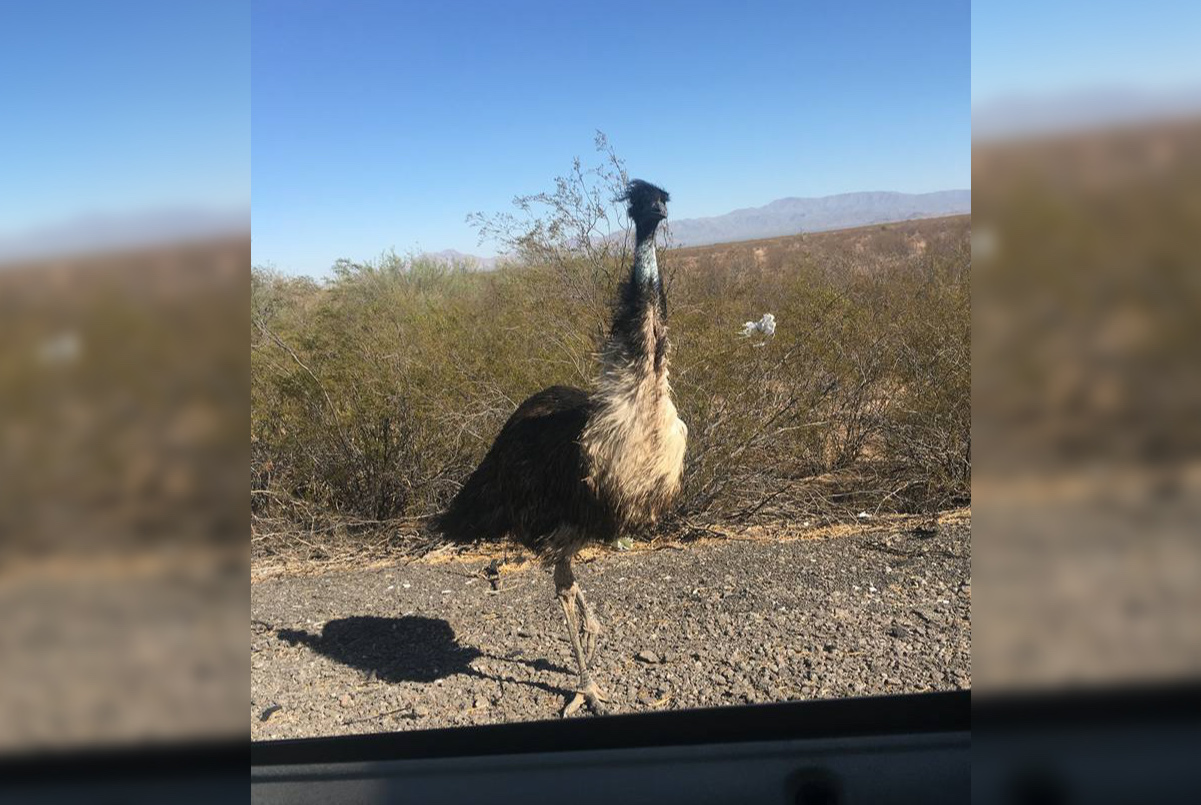