Dan Field on agenda for second time in 14 months

Evaluating the job of County Administrator Dan Field is on the agenda at the La Paz County Board of Supervisors meeting next Monday. His employment has been one of many election-defining issues this year, with District 2 Supervisor-Elect Duce Minor publicly promising to vote to terminate Field’s contract as County Administrator. 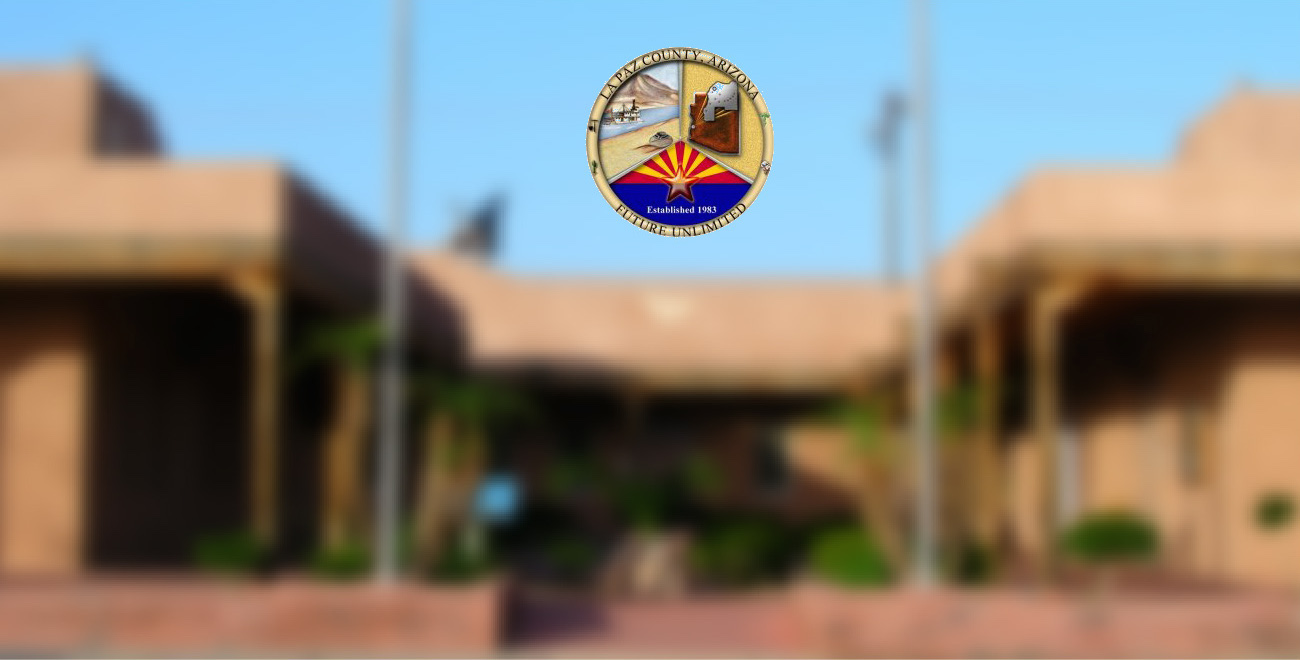 Toward the end of Monday’s regularly scheduled meeting, the Board will discuss Field’s employment:

“…discussion or consideration of the continued employment, assignment, appointment, promotion, demotion, dismissal, salary, discipline, or resignation of the position of the County Administrator/Clerk of the Board/Librarian…”

A discussion will take place behind closed doors in an executive session before the board members re-enter the public meeting to take possible action.

Field became County Administrator several years ago, acting on behalf of the elected Board of Supervisors to implement the Board’s decisions in executive fashion. Field is also the Clerk of the Board and the County Librarian, roles related to Administrator.

In September 2015, Supervisor D.L. Wilson made a motion to terminate Field’s contract, citing “fundamental differences of opinion”. He did not get a second vote from Supervisors Clapperton or Irwin.

Minor, who was in attendance as a member of the public at the time, used the ‘Call to the public’ time to complain about the state of the county under Field’s watch, saying, “I appreciate what you tried to do D.L.” and adding that he was disappointed at Clapperton for declining to support the motion. Field responded, saying Minor had made erroneous statements and accusing Minor of “selling the county out”.

Irwin wrapped up that meeting by saying she had not been aware until that day of “certain issues”, presumably raised in the executive session with Field, and that the Board would be addressing them.

Feedback to Parker Live over the past year has been split in opinion about the job Field has been doing in his important role at the county. Members of the public have reached out in his defense and supported his employment as Administrator. But others allege that the county is failing financially, with some arguing that important checks and balances may have been lost due to giving Field too much responsibility. Several people have gotten in touch to claim that the county often fails to pay contractors and other payees on time, and blame decisions made by Field for the county’s inability to do so.

The appearance of this agenda item in December may be seen as a preemptive action by Field himself or a current board member to address the issue before Minor takes office in January. When the Supervisors reconvene in public after their executive session, there may or may not be an explanation for their actions, but there is no legal requirement to give one.

The meeting is scheduled for 10am on Monday, December 19th at the La Paz County Board of Supervisors, 1108 Joshua Avenue in Parker. Parker Live will report more after the meeting on Monday afternoon.