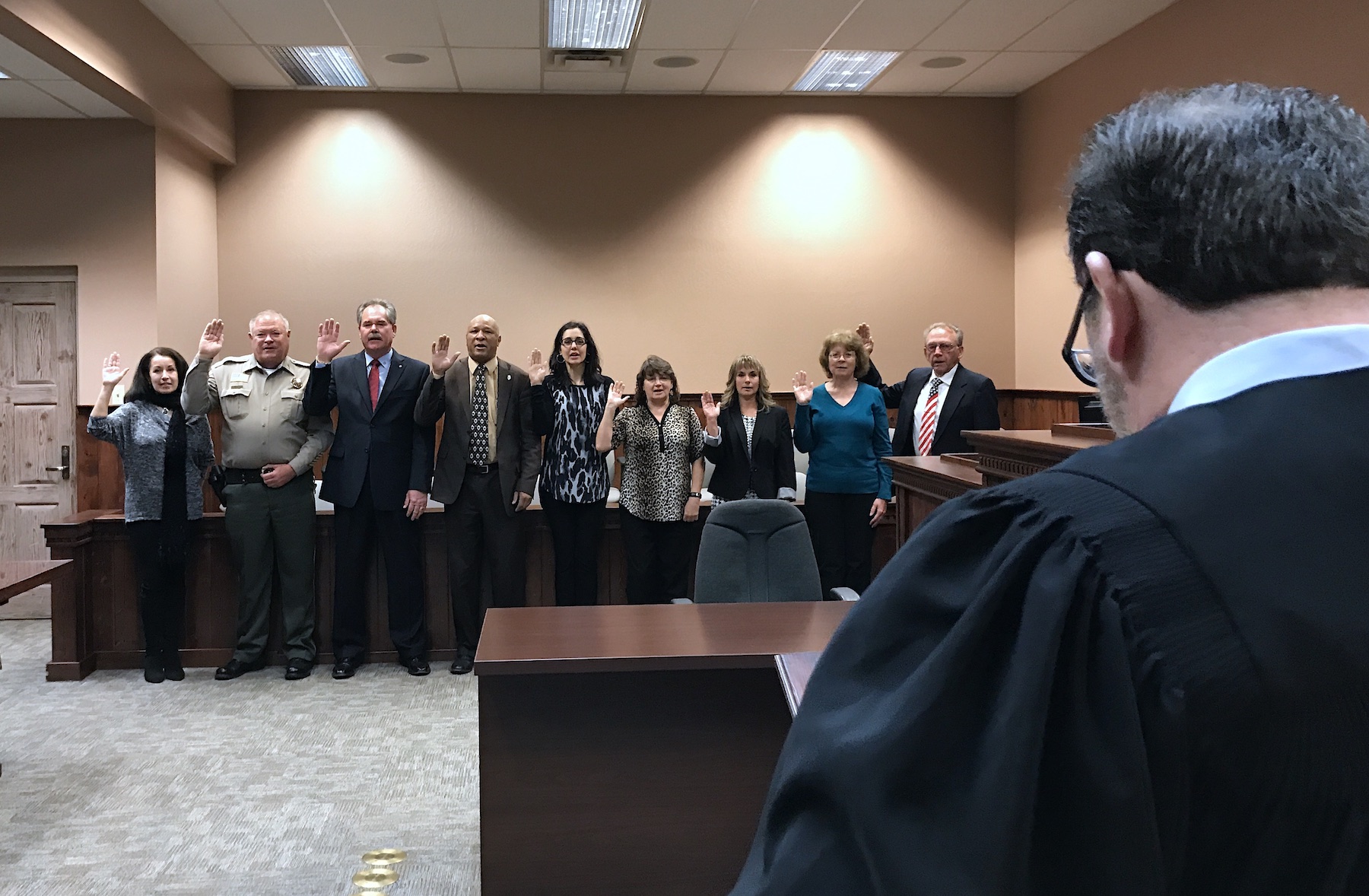 There’s a new Sheriff in town, along with a new County Supervisor and County Assessor. It’s a time of change for La Paz County, with a swearing-in ceremony held at the Superior Court Tuesday morning as Judge Samuel Vederman led the oath of office for 9 officials who were elected or re-elected in November.

This is the first election for Anna Camacho as Assessor and for Bill Risen as Sheriff. Duce Minor has been elected before but it’s a return to office for him after many years in the nonprofit sector. Jacqueline Price was elected to the office she held prior to November by appointment.

Sheriff Bill Risen has been vocal about change at the Sheriff’s Office, promising that the Sheriff’s Office would work better with others, be more creative about funding sources, make deputies more visible in communities and improve employee morale. Supervisor Duce Minor has also talked about the need for change, especially as it relates to the County’s financial situation, with the need for balanced budgets and fiscal responsibility at the heart of his platform. Assessor Anna Camacho has pledged to make the Assessor’s Office about customer service as a top priority, along with integrity.

Last month, Dan Field’s role as County Administrator came to an end with a decision by the Board of Supervisors to take the “new direction” that D.L. Wilson had urged back in 2015, a decision that Field himself seems to have been a part of making. So one of the new Board’s decisions this month will be regarding the appointment of a new Administrator, an important position not dissimilar to a CEO or Executive.

At that same meeting, outgoing Supervisor King Clapperton voted against several salary increases. “I think that we are absolutely in dire straights [financially] according to everything I understand,” was his ominous-sounding statement. 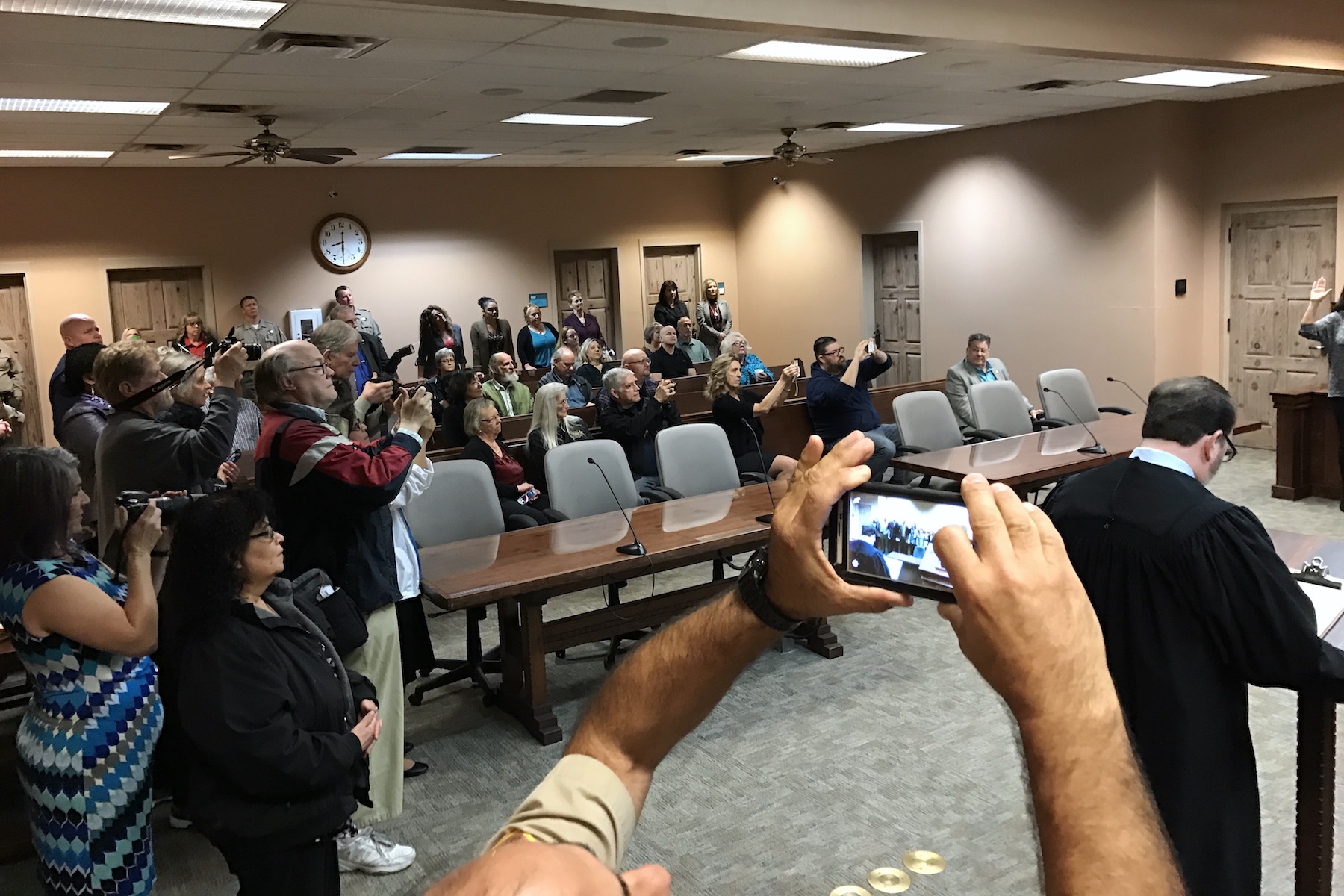