The suspect in the stabbing assault of a Parker High School employee on Tuesday night is still not in custody and is wanted by police. 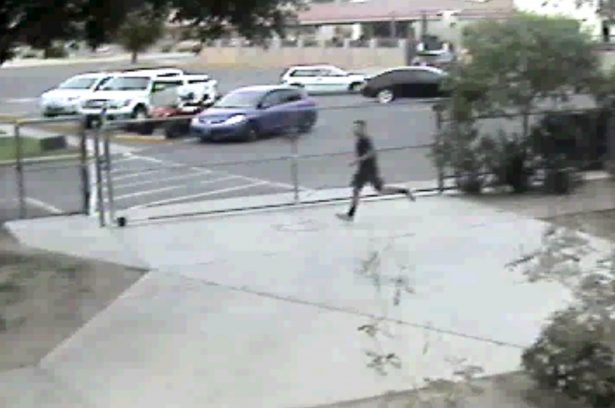 The victim, Maria Salcedo, was stabbed in the neck several times and was transported to La Paz Regional Hospital and then Lake Havasu Regional Hospital where she had surgery. As of this morning, she is in stable condition, according to Parker Police Department.

The suspect is described as being a white male, 5′ 10″, thin build with dark-colored hair and grey eyes. He is believed to be approximately 16 years old. He was wearing a dark-colored, short-sleeved Parker High School T-shirt and dark-colored shorts and shoes. A person matching the description given to law enforcement by the victim was seen on security camera leaving the high school through an open gate leading into the parking lot off 16th Street and Laguna Avenue.