UPDATED to add the woman’s name and other info. 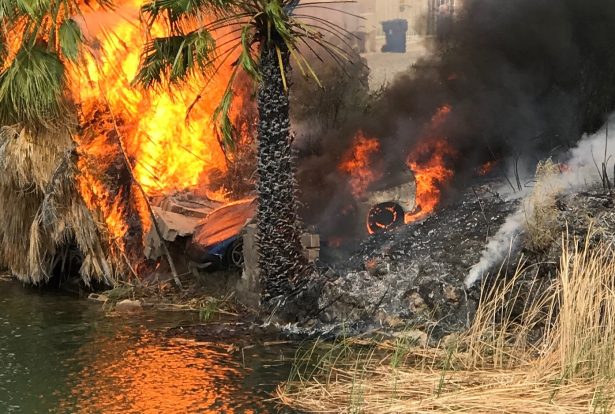 A woman escaped with her life after being helped out by a good Samaritan just moments before fire engulfed her car.

Early on Sunday afternoon Cathy McClellan, 60 years old from Parker, reportedly lost control while driving a blue Corvette on the winding river road designated as Business-95. Her car ended up on an incline against a retaining wall on the shore of the Colorado River, where a man who happened to be passing by with his kids in a truck stopped and ran into the brush to help.

The man, who did not want to be identified for this article, reportedly pulled McClellan out of her car through the window just as the fire was breaking out underneath the vehicle. Both ended up in the river, according to eyewitnesses. He sustained some minor injuries doing so, and McClellan appeared to be unhurt. Shortly after both were clear, the fire spread to surrounding palm trees and riverside brush, eventually leaving a charred pile of debris.

Buckskin Fire Department was first on the scene, joined by Parker Fire, CRIT Fire, Sheriff’s Department, Parker Police, CRIT Police and River Medical. Dozens of passers by in boats and on personal watercraft floated nearby to watch as the fire was extinguished. Everybody’s number one question was the same: did the driver escape?

McClellan was arrested on the scene for Extreme DUI (Driving Under the Influence), indicating a blood alcohol level of over .20, well over double the legal limit. She was taken away by La Paz County Sheriff’s Department and booked into the La Paz County Jail. 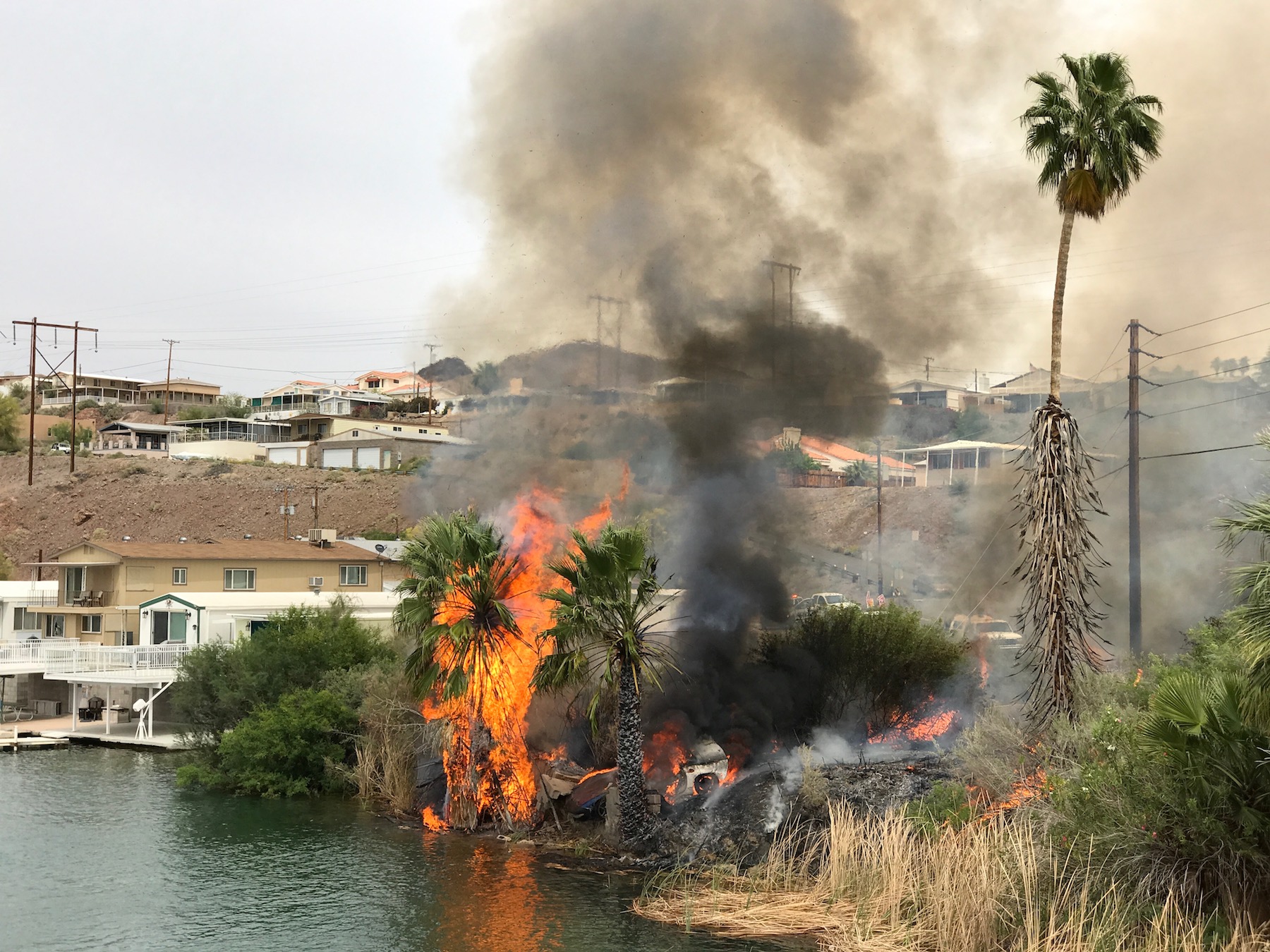 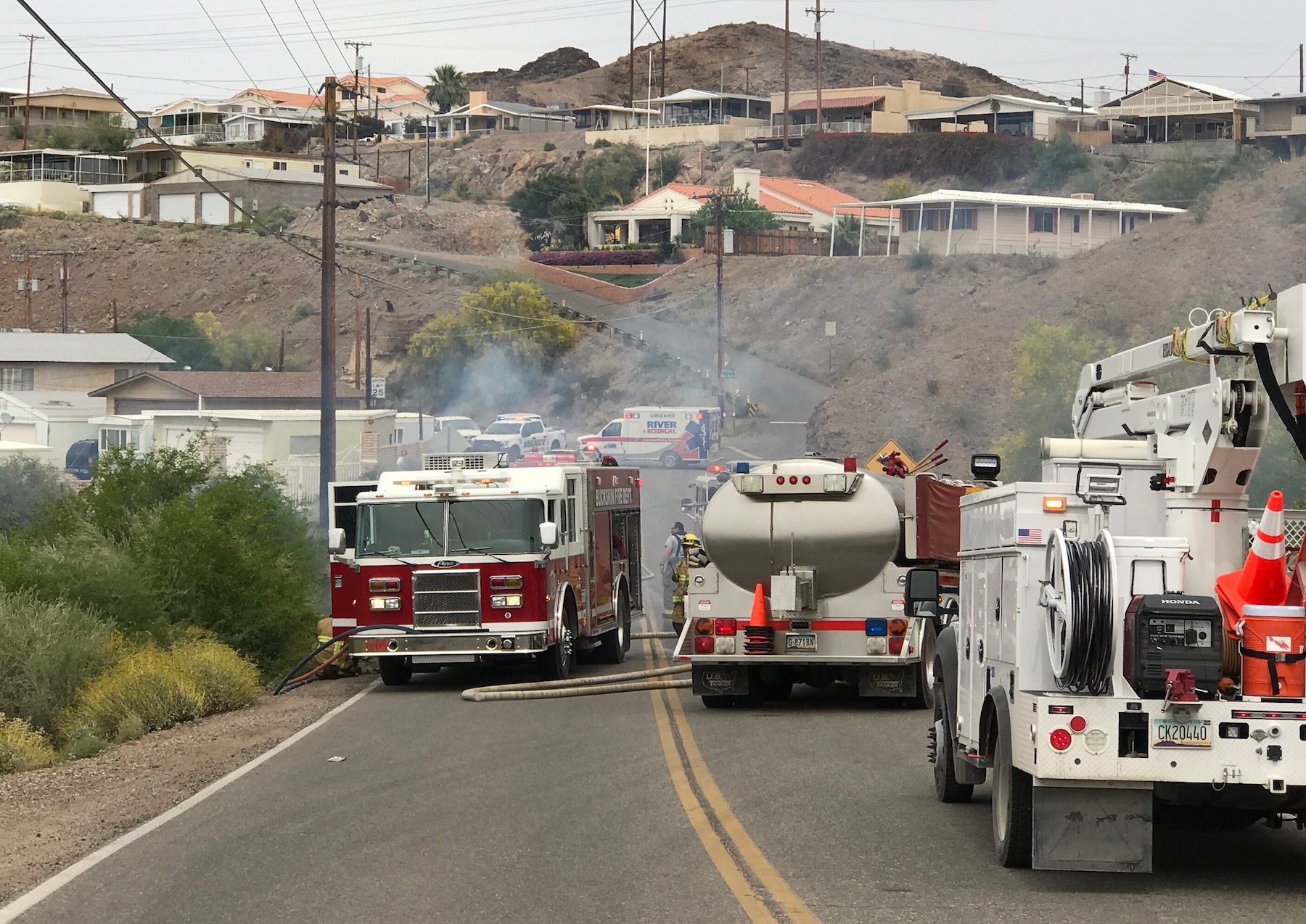 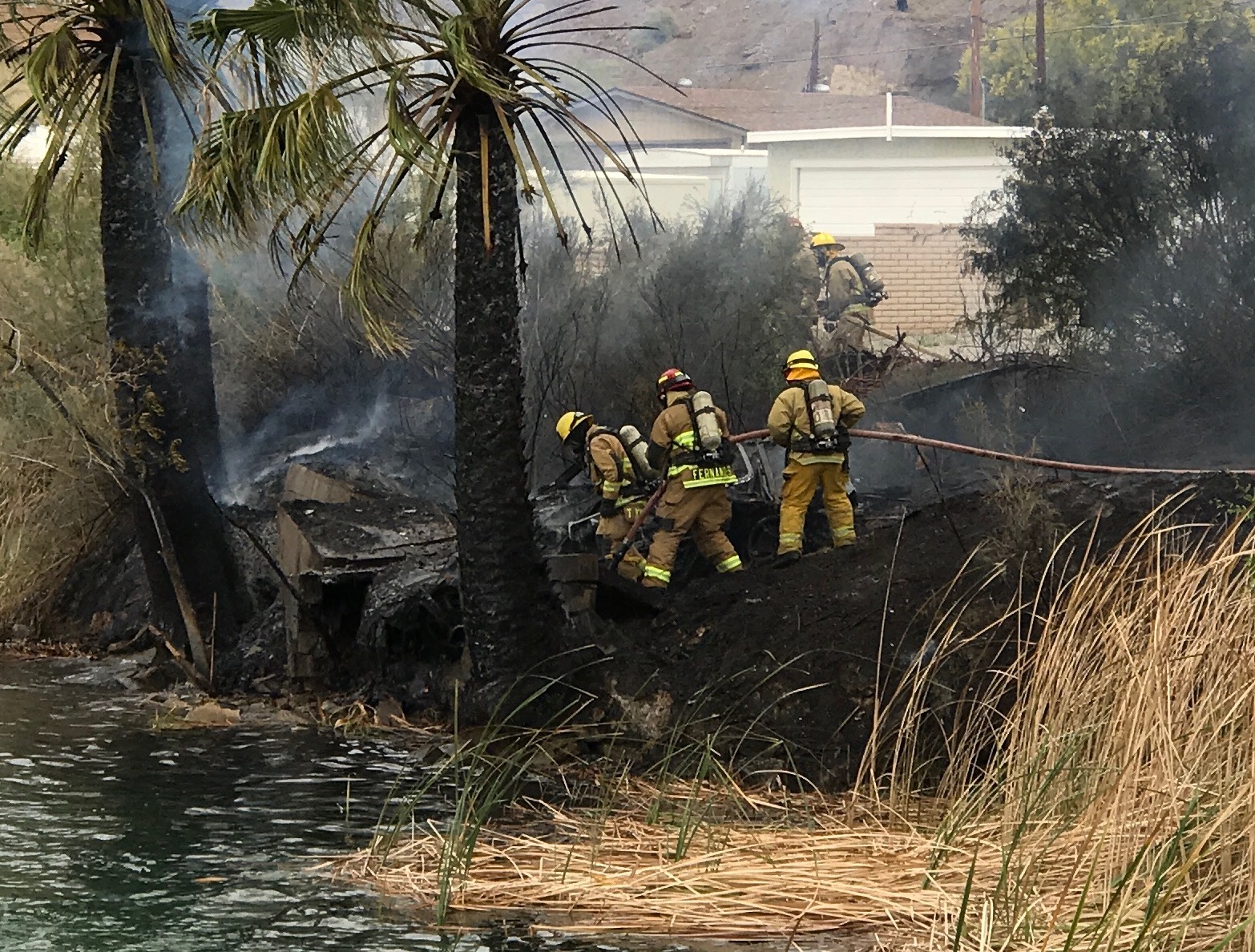