Supervisors to discuss moving to a 5-day workweek

UPDATE 4/17: Changing to a 5-day workweek has now had its day in front of the Board of Supervisors and failed 2-1. See the update HERE for more.

The La Paz County Board of Supervisors is to publicly discuss changing the County’s hours to a 5-day week.

The item on the agenda for Monday, April 17th reads:

“Discussion and possible action to change County office hours open to the public to Monday through Friday 8:00 a.m. to 5:00 p.m.”

Several years ago a change to the County’s office hours meant that employees could work 10 hours per day for 4 days per week, with the offices closing on Fridays, potentially leading to savings on energy costs and a boost in employee morale. It reflected a broader trend toward the so-called ‘compressed workweek’ across the nation and was greeted with enthusiasm locally by many County employees.

But critics of the 4-day workweek have said that it creates an inconvenience for taxpayers, many of whom wish to do business with the County in person, and sometimes on Fridays. Because most of the County’s offices are closed on Fridays, it is noted that forms can’t be filled in, bills can’t be paid, queries can’t be answered and elected officials and their representatives are unavailable for the entirety of a whole weekday that is worked by most other entities and agencies. In addition, corporations and businesses who may need to reach County offices are unable to do so on Fridays.

One such critic is District 2 Supervisor Duce Minor, who said repeatedly during the 2016 campaign that he would like to eradicate the 4-day workweek and take the County back to 5 days. It will require either Supervisor Holly Irwin or Supervisor D.L. Wilson to join him in such a vote Monday, and if they do, it will be duly changed.

Here are some of the arguments that proponents of each outcome may be expected to make. 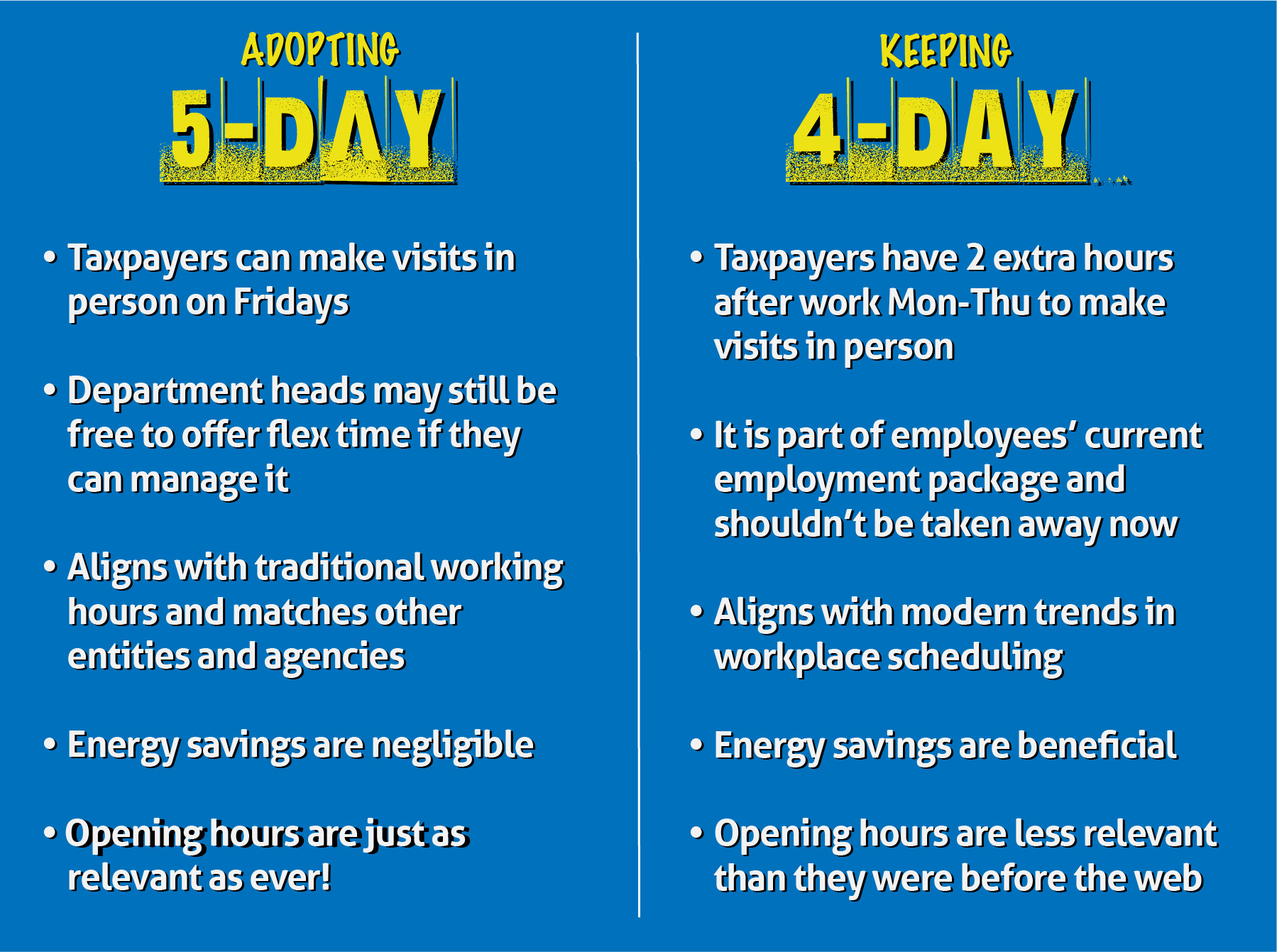