UPDATE 12:33pm: Added identities of two of those who died.

Four people died on the road between Parker and Desert Center on Monday, according to news reports. 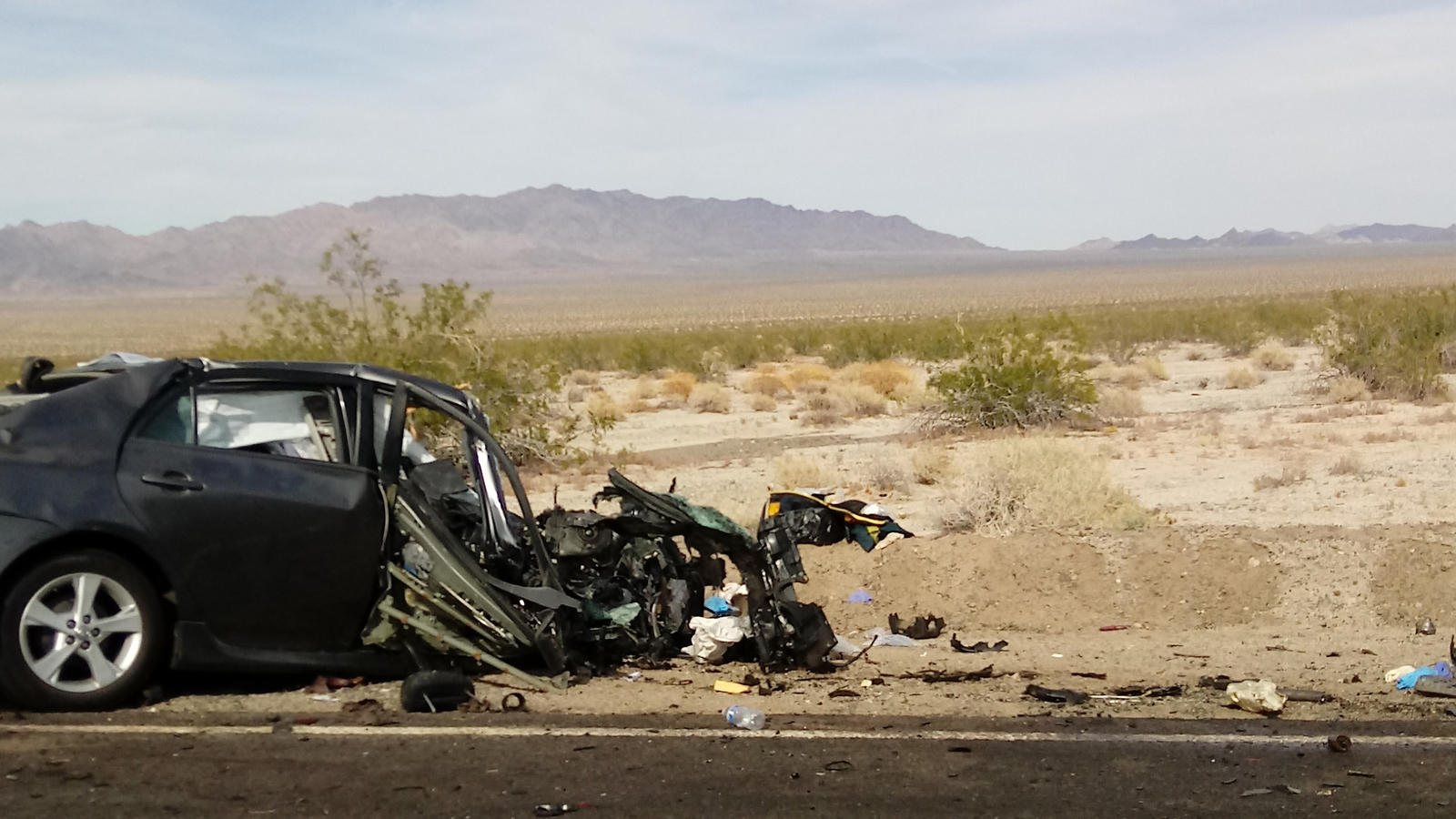 Two soccer coaches from a Chino Hills high school were among those killed. Matt Hodges, 30, was the head coach of the varsity girls’ soccer team at Ayala High School, and Gabby Constante was the assistant coach of the team. Hodges was driving the 2012 Toyota Corolla the group were traveling in, according to the KABC newsroom.

The crash, on Highway 177 around 19 miles north of Desert Center at around 3pm on Memorial Day, was apparently caused when the car, heading southbound toward I-10, moved out of its lane and collided with a tractor-trailer rig coming in the other direction.

Eyewitnesses described an extreme amount of “carnage and debris” across 100 yards of the roadway, with diesel fuel from the big rig spilling all over the roadside.

The three passengers, Constante and two unidentified women from Murrieta, were pronounced dead at the scene according to news reports. Hodges was airlifted to Desert Regional Medical Center, where he later died. Two of the female victims were 20 years old and one was 21, according to the CHP. The driver of the big rig was reportedly uninjured, contrary to previous accounts.

An eyewitness, Brian Mumey, said the accident was related to the volume of traffic heading homebound after the Memorial Day weekend:

He said the flow of traffic was moving about 60 mph, with many pickups and RVs pulling boats as they returned from the Memorial Day weekend. He said several cars attempted to pass the procession, darting in and out of traffic — including the driver involved in the collision, who had passed Mumey about five minutes earlier.

“There were all kinds of people passing,” Mumey said. “I said, ‘This is crazy. Somebody’s going to get killed.’

“This was just tragic — one of those things that didn’t have to happen.”

Highway 177 is the stretch of road used to link I-10 with Highway 62 which leads to Parker, AZ. Traffic is heaviest on weekends, especially holiday weekends, as people come to visit the Parker Strip. Like the 62, it is a two-lane roadway with many twists and dips, raising the risks, especially with heavy traffic as people attempt to overtake slower vehicles. A 2014 report on Highway 62 identified it as being 3 times deadlier than average California highways.

Parker Live recommends spending the extra 10 – 16 minutes it takes to use Mohave Road (‘Route 1’) or US-95 via Blythe, CA instead, especially when traffic is expected to be busy (see below). 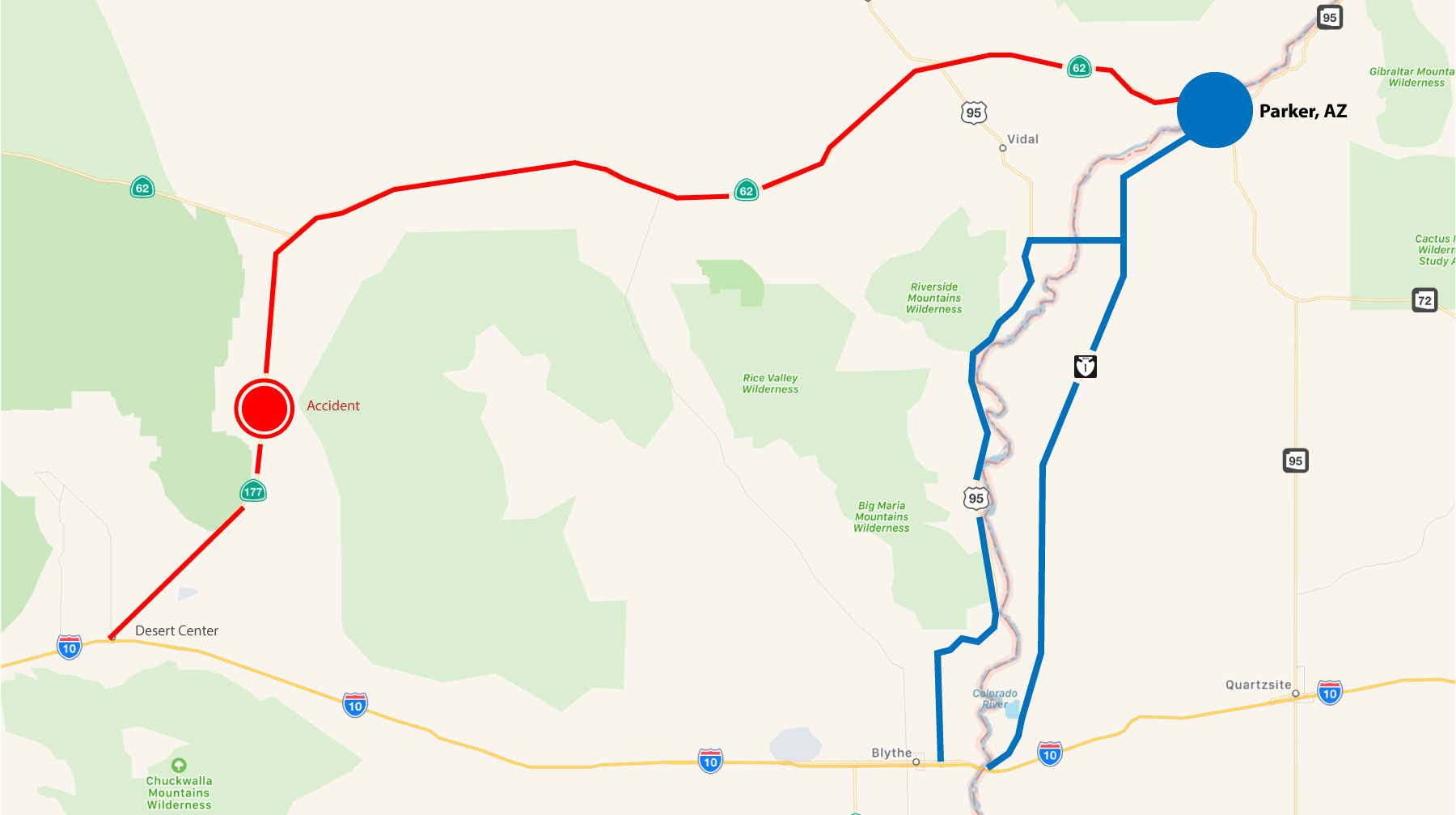 News of the coaches’ death comes a day before the school’s graduation ceremony, at which the coaches will now be remembered. Six CHP officers and 11 firefighters attended the incident.