A little over an hour south of Parker, AZ, United States Marines from Camp Pendleton and Air Station Miramar are engaged in an exercise codenamed Deep Strike II this week. 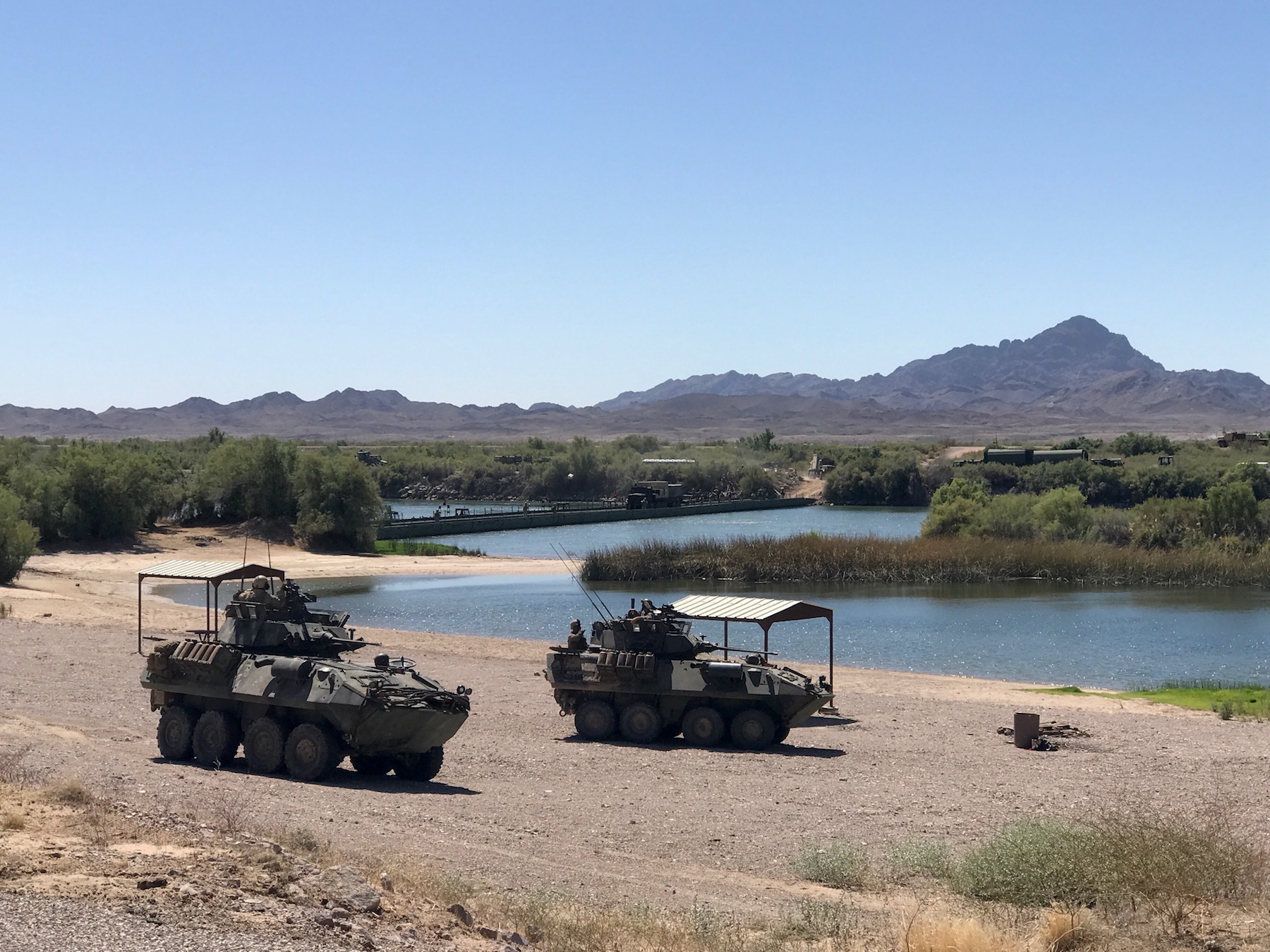 Large amounts of equipment, vehicles and aircraft are involved in the exercise, which La Paz County District 3 Supervisor Holly Irwin told Parker Live is only conducted here and in only one other place in the United States.

The operations include amphibious vehicle crossings, rafting and “continuous span bridge employment,” where the Marines build a bridge that can then be used to bring vehicles and people across the river. 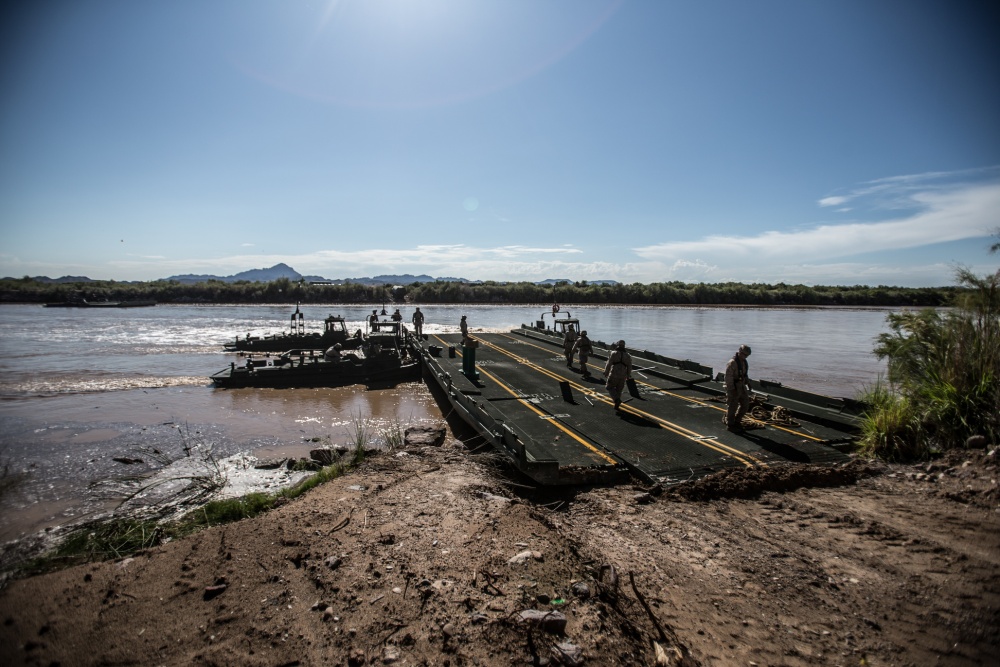 A 1st Marine Division press release says that sometimes the noise can bring attention from the public.